Clarifying the Situation in Yemen 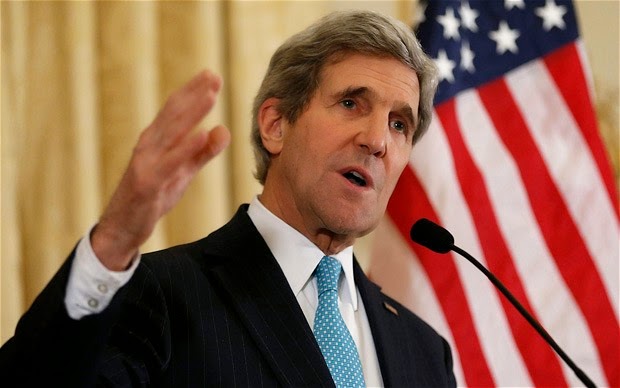 Facebook
Twitter
Pinterest
WhatsApp
In the ongoing push and pull between Iranian backed Shiia  and Al Qaeda (AQAP) backed Sunni Islam, Yemen is presently devolving to a lower level of political organization. The devolution will continue until there is a clear winner – and there is no telling when that will happen.
The Obama Administration declared that Yemen was a success story. NOBODY familiar with Yemen would have ever made that claim, but US Secretary of State John Kerry, desperate for a “victory” made that boast – echoed by his boss, the equally clueless Barack Hussein Obama.

Before I go over what is happening in Yemen now, I must first revert to art and a quote from my novella, “The Black Scorpions: Outsourced War” wherein the main character reflects on the nature of the nation of Yemen and its people:

He closed his eyes briefly turning back to the years Dr. Brown asked about. Yemen presented a completely different lifestyle than anything Deever experienced up to that point. Everything that crawled in Yemen was toxic. Chiggers and sand fleas were uncomfortable, scorpion venom hurt and the antidote tasted like old burned transmission fluid. Deever brought a case of scorpion anti-venom with him from the Marine Corps, so the stings weren’t fatal. Taken as a whole, the biting, stinging insects were better than the people who lived in the inhospitable shit hole that is modern Yemen.

He found Yemen to be a nation of warring tribes who thought they were living in the eleventh century. The people of Yemen struck no sympathetic cord. They lived to fight as they clawed with each other for advantages in life. For sport, they threw their six-year-old sons into human cockfights to defend family honor, as wagers were quietly uttered and dirty currency passed. Every day, the Yemeni people proved themselves to be savage, heartless beasts feeding on each other’s barbarism. They were sneaky as jackals, cowardly when confronted, hateful and malevolent.

Yes, I sugar coated it. So much for art. Now let’s look at what’s going on today and what it may mean. Al-Qaeda/Ansar al Sharia irregulars took control of the 19th Infantry Brigade in Bayhan, a town in southern Shabwah Governate. Al Qaeda captured 60 soldiers belonging to the Shiite Houthi faction, but released them through the intervention of local tribal leaders. They terrorists/militants (however your sensibilities let you slice it) kept the weapons in addition to the recruits that they raised from the ranks of the 19th Infantry BDE.
The news narrative about what happened at Bayhan is not credible. The garrison apparently chose to side with the southern Sunnis, led by AQAP, and the reports of a clash are probably part of the cover story. This incident could be the opening event in a southern Yemen Sunni uprising against the northern Shiite Houthi militias…which is the point.

In Yemen, there is a conflict between different factions of Islam, each claiming that a different number of angels can dance on the head of a pin. I suspect they also open their eggs from different ends.

In the past weeks, multiple, lower tier news services have reported rising Sunni hostility against the Houthis. Opposition to a Houthi takeover in Sana’a reportedly is bridging local, tribal disputes to unify Sunnis against the Houthis, who are a Shiite sect. The CIA was not taken by surprise, but the US State Department failed to take warnings seriously (sound like Benghazi?)
The key question is whether Yemen shall remain a unified state. In instability analysis, control of the center – Sana’a – always is the objective of groups seeking to maintain a unified Yemen. That may no longer be the case. The Iranian backed Houthis’ takeover of Sana’a signified their commitment to maintaining a unified state. Their move into Bayda indicated their intention to control all of Yemen. The Houthis invited the Sunnis to join the new political arrangement, under Houthi domination. That ruse failed.
The commitment of Sunni tribes and Al Qaeda in the Arabian Peninsula (AQAP) to a unified Yemen remains unknown. The defection of a single army base is ambiguous about larger political ambitions. If the Sunnis intend to maintain a unified Yemen but not under Houthi domination, their forces will take control of southern Yemen and eventually will build sufficient strength to challenge Houthi control of Sana’a. The alternative is to create an alternative center of power — such as Aden — thereby fragmenting Yemen again. If that is the objective, the Sunnis will not march north, but will fortify the south, seize all Yemen army assets, declare secession and invite a civil war.
US Involvement
With more than 60,000 soldiers, the Yemeni National Army had the numbers and capabilities to stop the Houthis months ago, but never received the order to protect the constitutional order. The US was deeply involved in forming, equipping and training this force. The key word in that sentence – “was”.
Today, Yemen looks like a banana republic in which the army stays neutral, but is willing to serve the winner of the political struggle, provided it gets paid.
A Houthi spokesman said the US vehicles that were confiscated yesterday would be returned. The vehicles are to be transferred to the UN for safekeeping. The spokesman said that the confiscation and harassment was all a misunderstanding.