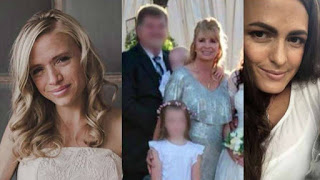 I wish that I had a dollar for everyone who asked me whether or not they should visit Mexico. Normally it runs like this:

Q – I’m planning a visit to (wherever in) Mexico and wonder whether or not you think that’s a good idea?

Q – But it’s inexpensive and the part of Mexico I’m planning on visiting is safe.

Q – Because you have worked down there (doing whatever) and understand the place better than I do.

LL – Keep talking yourself into going, then. Don’t bother me.

Headlines on Fox News today (link) tell of a group of women and children who were ambushed and murdered (and some were apparently kidnapped) on a highway in Northern Mexico. In this case, these Americans were also Mexican citizens. Some say that it was a case of mistaken identity. I can’t say, but it’s not atypical in Mexico, a failed state, run by drug cartels. (more here from Newt Gingrich)
President Trump offered to send US troops into Mexico to root out the rot and corruption and to kill members of drug cartels. Mexican President Lopez Obrador respectfully declined, saying that it wouldn’t work. President Lopez Obrador may be right because killing everyone directly involved with the drug cartels or indirectly involved (businesses that take loans from cartels, the cartel support structure and the politicians who are supported by generous contributions) would leave Mexico nearly unpopulated.

Should the US be focused more on Mexico than Syria?

BREAKING NEWS – Mexican President Lopez Obrador said that ‘hugs, not arrests’ are the focus of Mexican policy against the drug cartels. (how much did the cartels pay him?) He feels that humanitarian outreach can solve Mexico’s cartel crisis,