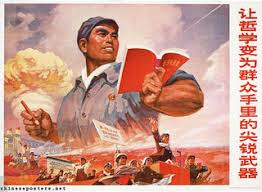 Facebook
Twitter
Pinterest
WhatsApp
The Situation in China: If you visited China, you wouldn’t see “Communism” at work, you’d see rampant capitalism underway in a one-party state. Somewhere around 10% of industry is state owned. China is an oligarchy with (currently) eleven men calling the shots for the nation including the Politburo. President Xi Jinping is only one of those oligarchs but he’s their voice, face, and he represents their financial interests. The oligarchs mission is to retain power and ownership of China. It’s not a new story on the planet. And it’s a familiar form of totalitarianism.

China knows that if it was not for the People’s Liberation Army, the nation would balkanize the day-after-tomorrow. Military control is the tool of the oligarchs who pass themselves off as ‘communists’. Secession is a very real fear among the Chinese oligarchs and it would weaken China, while strengthening places like Shanghai and Guangzhou, which do not need Beijing.

“We are here at the starting point of the Long March to remember the time when the Red Army began its journey,” Xi told cheering crowds on the 20th, in footage posted on state broadcaster CCTV’s website on the 21st. “We are now embarking on a new Long March, and we must start all over again.”
Press comments: Global Times reported that Xi is in Jiangxi Province for his first domestic trip since the escalation of the trade war two weeks ago. China’s top economic negotiator and advisor to Xi, Vice Premier Liu He, accompanied him.

Context and Precedence: Jiangxi is where China’s defeated Red Army started its fabled Long March in 1934, and Xi’s choice of destination is being viewed as an effort to invoke a spirit of endurance and to rally public spirit amid rising tensions with Washington. 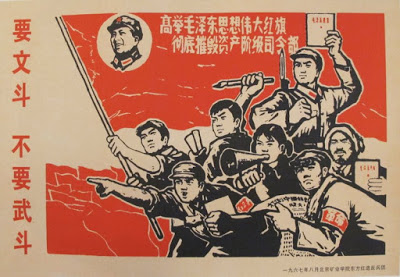 Multiple western news services have reported a change in tone in Chinese media in favor of fighting. Movies, press imagery and opinion pieces recall China’s successes under communist leadership in struggling against long odds to emerge triumphant after a prolonged period of warfare and hardship.
The internal messaging systems are preparing the population to expect hardship. The imagery of the Jiangxi visit — including the presence of Vice Premier Liu with President Xi; the published images of President Xi inspecting the revolutionary base in Jiangxi; and the broad dissemination of his remarks – link the call to prepare for a long march to the trade war with the US.
The allegorical references all invoke images of China fighting military battles in actual wars. The Long March occurred during the civil war. The Japanese invasion of China was the key factor in the communists’ survival. It forced the Nationalist government, under enormous domestic pressure, to turn its armies to fight the Japanese invaders on the coasts rather than continue the destruction of the communist Red Army deep inland. Jiang Kai-shek still wanted to destroy the communists first.
Policy Shifts: Xi’s comment about starting again signifies that Xi and his supporters perceive that China has reached a deflection point in communist development. The nationwide scope of the nationalist and self-reliance themes indicates the new language describes major policy shifts beyond the trade war.
Xi and the propaganda mills have evoked wartime imagery. They have revived the national memory that iron discipline, steadfast endurance in the face of hardship and strict adherence to communist orthodoxy enabled the communists to survive and ultimately thrive. “Starting again” sounds like an update of Mao’s doctrine of “continuous revolution.”
The imagery is incongruent with the present conditions in China. The allegories are not good fits for a reasonably well-off population in a trade war. That means the leadership is making decisions based on a distorted interpretation of present challenges.
In this setting, some future decisions will be almost incomprehensible.to outsiders. For example, the US leadership considers the trade war an economic policy initiative to correct past imbalances, unfairness and inequities. Xi’s statement indicates the Chinese leadership has elevated the trade war to an existential threat to Chinese communism. Xi made present conditions analogous to the wartime threat that led to the desperate breakout through Nationalist lines and the Long March.
One implication is that the Chinese leadership has concluded that the US poses a threat to the survival of the communist regime. Xi displayed a survival mentality, which means there can be no compromise whatever the cost. The lessons of their history are that the communists will survive. However, the Chinese today are not the peasants that made the Long March. Survival might not be enough for them.
Comment on rare earth minerals: Jiangxi is the center of China’s rare earth minerals industry. China produces about 90% of the world’s rare earth minerals. Xi’s visit to the center of the rare earth minerals industry generated press speculation that China is considering cutting off rare earth mineral exports to the US.

The major users of Chinese rare earth minerals are Japan (21%); China (16%); Vietnam (10%); and the US (9.4%), according to the Observatory of Economic Complexity. These are the countries whose companies would be immediately affected by a decision to manipulate this market.

A cutoff of Chinese exports of these minerals to the US would damage specific companies. However, a large portion of commercial high-tech devices are not produced in the US, but rather in China, Japan, South Korea and Southeast Asia. Their companies would derive a competitive advantage over US companies.

Global economic integration is designed to mitigate the worst effects of a cutoff of almost any goods for any reason, deliberate or accidental. There are other undeveloped deposits and other suppliers of rare earth minerals, which have been constrained by Chinese domination of the market. Changes in the market will generate more competition. A short-term Chinese move could backfire by having long term consequences on the market.