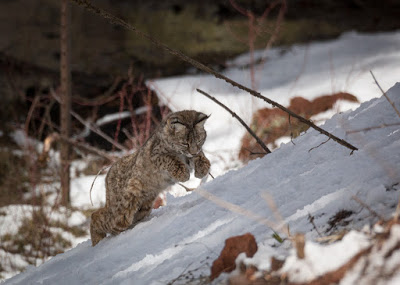 Facebook
Twitter
Pinterest
WhatsApp
The truth is that he may or may not be.
Here for your entertainment and amusement is a window into mountain life in the Arizona central highlands. I don’t think that Mr. Robert and Foxy Loxy are related, so no, it’s unlikely that Bob’s her uncle.

We had snow up at the White Wolf Mine on the 20th and after I returned from picking up supplies, I went out hunting with a camera. A bobcat, and he’s Robert, not Roberta, who lives in the area, was out hunting. He’s a scrawny old cat.
His camouflage scheme really works in the area, and he feasts on rodents, which pleases me no end. When I see the squirrels vanish, I know that Bob is in the area, thinning their ranks. I wanted to get photos of him climbing, but this time he did not oblige. 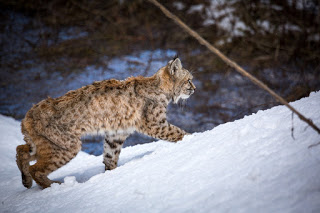 Visitors from Raymond, Alberta, Canada showed up last week and commented, “so this is where people go who don’t want to be found.” I reminded them that they found the place. They replied, “but you wouldn’t ever find it if you didn’t know where specifically to go.” True.
Mr. Robert, one subject of this study, likes to hunt without interruption but he and I are both old men and we have an understanding. Sometimes I leave a saucer of milk out with a raw egg floating in it, and sometimes he leaves me a mauled mouse at the doorstep. It works. 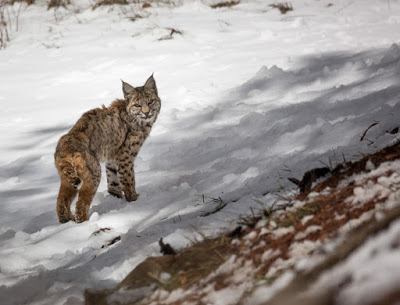 City life does not allow for this sort of interaction usually. At least it didn’t for me.
Today I was on the phone with Mexico City, San Diego and London. You can do that these days while living remote. You don’t have to be sitting in Los Angeles traffic with your phone glued to your ear. If I was sitting on a freeway overpass in bumper-to-bumper traffic, who’d be there to feed Mr. Robert and to accept his mouse or partially eaten squirrel?
You couldn’t, and that’s the point. The snow melted quickly and I headed out to Jack’s Canyon to see if I could photograph some of the big horn sheep that live there. They’re more illusive than Mr. Robert (who is likely some cool cat’s uncle).
Earlier in the year, when the snow was deeper, I caught Bob making a transit (below). Long lens required. 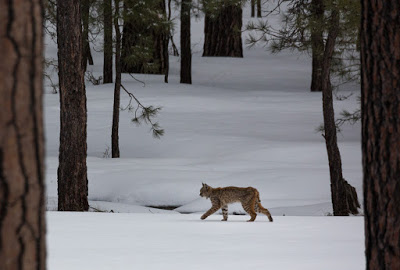 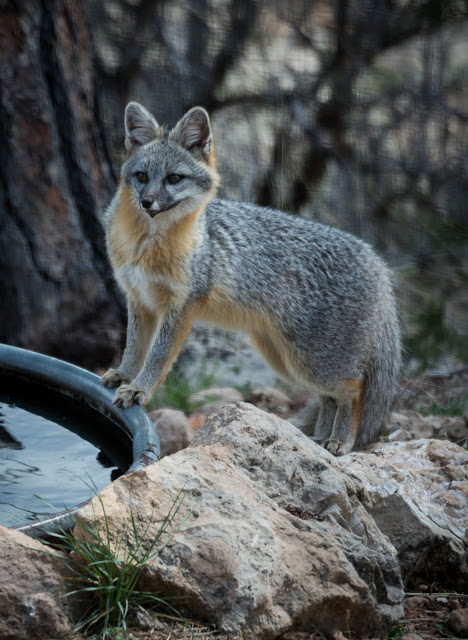 Foxy Loxy is not like Mr. Robert. No, not in the least. She comes for a drink at a makeshift cistern that is going to be replaced by a more permanent trough when I get around to it. Mr. Robert apparently has other water sources.
Loxy shares the territory with Mr. Robert and they both eat squirrels and mice. Sometimes Loxy drinks Mr. Robert’s milk and eats the raw egg that I break in it. I don’t mind and the skinny bobcat may not either. Loxy tends to be more clever, more adroit and far more shy.
Loxy is younger than Mr. Robert, more photogenic and well, she’s foxy. 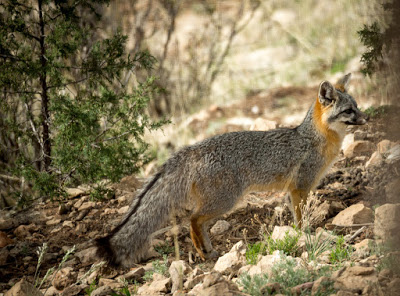