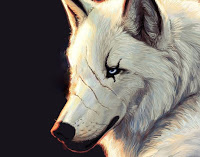 I’m out at the White Wolf Mine for a few days, inspecting the work and doing some other ‘stuff’ that needs to be done in preparation for Phase 2 (which will follow the completion of the hovel some time in late Spring 2018).
I was also told of a bit over 50 acres of patent (deeded) land that may be going up for sale there in the Coconino National Forrest. There is not much of that sort of land. The White Wolf Mine property is that sort of land. Usually it is the result of a mining claim or other claim such as a homestead, that pre-dated the establishment of the National Forrest reserve in 1908. I may drive out and take a look. It’s accessed by a fire road, but I will be driving a short wheel base 4×4. If purchased, the new spread would not replace the WWM property. However it might offer additional opportunities, not specified here or on-line.

There are a lot of names being splashed about in the inner city. Some like Mohammed and Barack Hussein my be familiar. A friend of mine has a brother who lives in the Detroit suburbs and works as a department store Santa. In 2015  he was assigned an inner-city Detroit area mall and found himself chatting with two ladies about unusual names. One of them told him that her sister had named her baby boy “Shuh-Teed.” It was spelled S-H-I-T-H-E-A-D.
I’ve run into others. A clerk in a courtroom in Santa Ana, CA, named her baby Chlamydia. Her judge and a few others among us took her aside, but she liked the name and as far as I know, the name remained on the books. You can only wonder what the teachers thought when young Chlamydia showed up for her first day of school.
Aquanetta is another one, wife of a barber on a Navy base; LaTrina’s name was on her waitress outfit in Memphis. Hydrate fixed the air conditioner on my last house. You can’t make this stuff up.
Water Boarding
I’ve mentioned it before, but those of us who have attended SERE (Search Evasion Resistance and Escape) in the military have all been ‘water boarded’. It’s part of training. Many tens of thousands of service men and women have gone through it. I’m sure that some of you who read this blog went through it. Some poor unfortunates go through SERE more than once depending on assignments. It’s an education process to keep from being captured by the enemy. If/when captured, you are placed in a prison camp. Water boarding is uncomfortable and nobody likes it, but the outrage that it engenders when we used it under medical supervision on terrorists made no sense to me.

P.S. the food you get at SERE is vastly worse than the food served to terrorists at GITMO.

So there may be a solution to the problem that the precious little Islamophiles have with the need to extract information quickly from mass murderers. 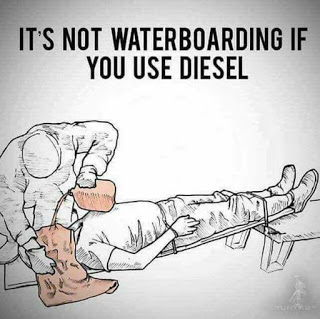