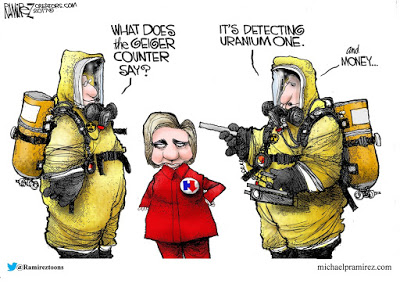 Will Hillary go to Jail?
If she doesn’t land in custody over having classified e-mail on her hacked server at home, I don’t think that selling 20% of the US stockpile of uranium to the Russians will do it either.
The corrupt, elite, smug, nasty, lying mainstream media is behind her all the way and they’re trying to change the conversation to a telephone call from President Trump to the widow of a Green Beret.
It’s what we’ve come to as a nation and it’s why I am looking forward to hanging up my spurs and living at the White Wolf Mine. I’ll sit on the porch with a .45/70 lever action rifle and rock in the chair… I’ve really had enough of the B.S.
In time my vision will fade. The clear beverage from the mason jar may make things worse.  If you approach, you’d best announce yourself from a distance or suffer the fate of the other skeletons on the road.
In Chinatown
I speak a little Chinese (Mandarin with a Shanghai Accent). I used to teach at the People’s Public Security University in Beijing – don’t ask me how I picked up the Shanghai vowel set because I don’t know. Ok, I used to hang in Shanghai, but didn’t mimic their accent. 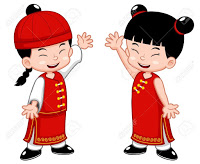 And, to the point, I went to a Chinese restaurant last week. It’s one of those joints with 15 Fujinese slaves in the back throwing the food together. Good food, waitress from Fujin too, speaking broken Mandarin – fresh off the boat. The waitress spoke no English, and pointed to the menu items (in written Chinese).

It is important to point out that there are a number of restaurants in Chinese districts in the San Gabriel Valley portion of Los Angeles have staffs that do not speak English. Maybe the manager does, but they service Chinese customers almost exclusively.

I spoke Chinese to her and berated her for her inability to speak the celestial tongue. There are eight major languages in China that are not intelligible to each other. The written language is the same across all spoken language.
I explained that I’m “overseas Chinese” (the term is an insult on the mainland) and I’ve been here in the US for quite a while now. I told her that if you were here long enough, you began to look like the locals. Did she believe me?
Maybe.
Some of these Fujinese are very ‘rural’ people without a lot of contact with even city Chinese.
She reached out and touched my nose. I touched hers and assured her that it would grow. She grew concerned.

Now for the Sermonette

I’m fond of the work that’s been done by Lehigh Defense and refer them to you. They don’t sell gimmicks, they sell technology to the discerning shooter.

I don’t own stock in their company, but I appreciate quality and attention to detail.  Innovation backed by solid research and testing is something that always attracts my interest.

It’s a smaller company, but it’s one of those whose products I recommend. Thus the promotion in the sermonette portion of this blog.

Because at the point of kinetic impact, you don’t want to be using inferior ammunition.

Lastly, a Pause for the Cause 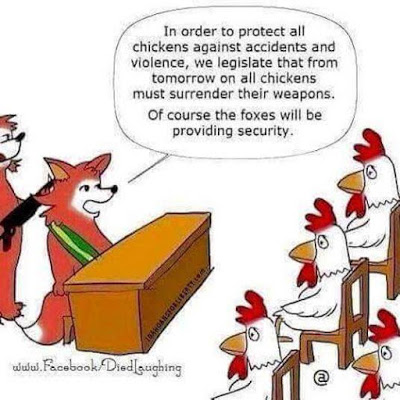