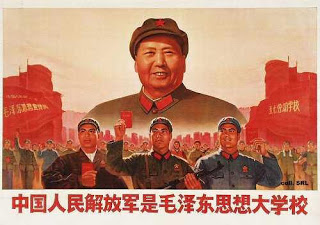 Facebook
Twitter
Pinterest
WhatsApp
The Chinese would ask how they could possibly trust the USA when our policies and politics change so radically over a decade. To wit:
At somewhere around 1.4 billion people, China is the most populous nation on Earth (with India trying to catch up). Every Chinese person believes that they are smarter than every other person on Earth (because they are celestials – and that’s simply how it works).

A number of pundits are joyfully and enthusiastically predicting China’s downfall in 2017 as the Chinese national debt is rising at an unsustainable rate.

The lowest platonic classes, the laboring classes, are unbalanced in the sense that greed and foolishness rule these people, therefore they can, and should, be used as lowly paid slaves to the betterment of the whole. The savings they accumulate are controlled and directed as the mandarins see fit. By plowing enormous amounts of savings back into the system, the economy, as measured by GDP, “grows” and the mandarins can point to all wonders they are able to create.

There is a great downside to this system though. The hapless laboring classes cannot afford to live the life their output from production would suggest they should. Since the mandarins set both wages and return on savings, a mismatch is created between domestic purchasing power and domestic output.

China has been able to manipulate the value of its currency exchange rates (note their financial crisis of 2008-9) so far, but even with that, there are deflation issues as the economy begins to stall. The enormous amount of waste embedded in the system as a result of years of inflationary policies has left the Chinese economy riddled with bad debt and probably trillions in non-performing loans. Based on my personal view of things it will be MANY trillions in non-performing loans that will eventually need to be written off no matter how optimistic the bookkeepers want to be. The Chinese shadow system of accounting works inside the country but when exposed to (prying) foreign eyes, it doesn’t do as well.

China will have do face the decision of whether to devaluate its currency or to face a domestic financial crisis that would have serious (but unlikely dire) political consequences.

The question for the Trump Administration is whether the Chinese will double down on their current foreign expansion into Africa, Pakistan, Thailand in an attempt to use those foreign markets to try and “fix” the internal system that is in danger. Would Chinese leaders resort to an invasion of Taiwan to take the national focus off the damage to they are doing to their national economy?  Actions like that one are not exactly novel on the world stage, are they?

Invading someplace like Pakistan is less likely because – who would want it? They own the part that then want right now and the Paks are at their service.


Invading Thailand wouldn’t be productive either because the Chaozhou Chinese have run Thailand since 1957, and I’m not talking conspiracy theory. (Ethnic Chazhou with Thai names)

Chaozhou (Chinese: 潮州), alternatively transliterated as Chiuchow, Chaochow, or Teochew, is a city in the eastern Guangdong province of the China. … Along with Shantou and Jieyang, Chaozhou is part of the Chaoshan region.

Invading Japan would invite a US Navy response that would likely include Australia and would set the East ablaze.

Conclusion: The Chinese don’t trust us and we should not trust them, but we can do business with them. That’s called “thinking like a chinaman”.