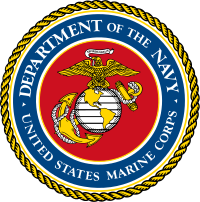 Happy 242nd Birthday, USMC
The Naval Service of the United States celebrates November 10 every year in honor of Marine Corps. It’s Veteran’s Day on November 11,  for the rest of those of us who served.
I’ll copy and paste a message from the Commandant because he does this sort of thing much better than I do.

“Seventy-Five years ago today, after months of fighting at Henderson Field and along Edson’s Ridge, Marines on Guadalcanal spent the night of 10 November 1942 planning and preparing. Although the Battle of Guadalcanal would continue for three more months, the plans laid on our Corps’ most sacred day became integral to the amphibious campaigns that followed. Success at Guadalcanal proved to be the turning point that ultimately paved the way for Allied victory in the Pacific.

Those warriors defended their positions in brutal conditions against a formidable enemy – and triumphed. Through every major conflict our Nation has seen since the Revolution, Marines performed their duty with utmost courage, devotion, and raw determination. Their valiant deeds in the face of overwhelming challenges give us confidence and inspire us to meet the trials of today. As we pause to celebrate the birth of our Corps this year, we honor the legacy that was passed down to us and we recommit ourselves to carrying those traditions into the future…”

Here’s to duty, honor, country, corps and unwavering valor in service to the nation! Semper Fi! I have been invited to attend a small birthday celebration at MCAS Kaneohe Bay and am polishing my small, group mounted medals.

At the Dole Plantation on Oahu: 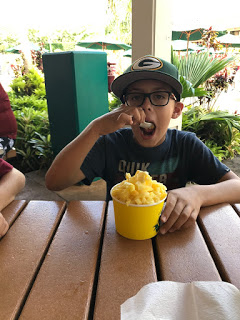 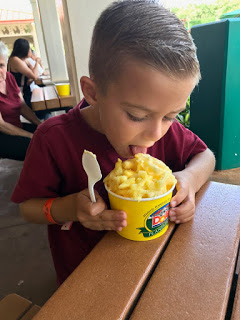 Because future Naval Special Warfare operators need to keep up their strength. Never forget that it’s the Navy who hits the beach first to make it safe for the Marines.

The Saudi Arabian Ministry of Foreign Affairs issued a travel warning to Saudi nationals regarding Lebanon, Al Arabiya reported on 9 November. A Foreign Ministry statement said, “Due to the situation in the Republic of Lebanon, Saudi nationals visiting or residing in Lebanon are asked to leave the country as soon as possible.”

“The Kingdom advised all citizens not to travel to Lebanon from any other international destinations.”

Kuwait on Thursday evening, the 9th, called for the return of its citizens from Lebanon and has issued a travel warning to the country.
The United Arab Emirates also renewed its travel warning to Lebanon that has been in effect since February 2016.
On 5 November, the Kingdom of Bahrain warned its nationals residing in Lebanon to leave immediately and to “exercise caution.” The Bahraini foreign ministry said in a statement that its warning was “in the interest of its citizens’ safety and to avoid any risks they may be exposed due to the conditions and developments” that Lebanon is going through.
This is another escalation step in the proxy struggle over Lebanon between Saudi Arabia and Iran. This order appears to be the next step in a policy of isolating Lebanon. It parallels one of the pressure moves against Qatar, except that Lebanon lacks the ability to withstand a cut off of Gulf support.