Home Blog Post Barack Obama ...
Facebook
Twitter
Pinterest
WhatsApp
The Lion King is an animated feature produced by Walt Disney Feature Animation in 1994. It was released on Broadway as a play and I saw the play in New York three months ago with my daughter, Emilie, who wanted to see it as part of a high school graduation present. 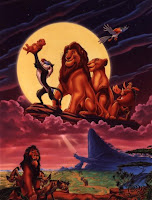 The play takes place in the Pride Lands where a lion rules over ll other animals as king. But all is not well. The King, Mufasa, has a brother, Scar, who would be king. Scar gains the loyalty of the hyenas by claiming that if he becomes king, they’ll “never go hungry again”. Scar tells the hyenas to kill Mufasa and Simba (the king’s son and heir) thus establishing his plan of regicide. The hyenas carry out the orders of Scar and the plan is fulfilled.
The hyenas, who are parasitic scavengers destroy the land and years later when a now mature Simba returns to the Pride Lands, he finds that everything has been destroyed and eaten. The once lush Pride Lands are now desolate. 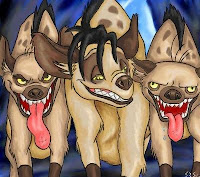 Disney picked a recurring theme in history to use as the pattern we see played out in The Lion King.
Barack Hussein Obama promised those who would eat the bread of other men that he would give them the spoils if they voted for his vision of “hope and change”. As with the situations we’ve seen in other countries, retold in written and oral history, that state of affairs can not be sustained. As Margaret Thatcher so aptly put it, “the problem with socialism is that eventually you run out of other people’s money.” The something-for-nothing crowd took the White House and have been working hard to reapportion everything for the sake of what will one day be nothing (Lion King Scenario). The trillion dollar Pelosi health care bill is the latest in a long list of their efforts to do this.