What if Texas was its own COUNTRY? 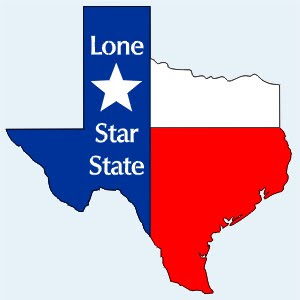 This is a purely hypothetical question: If Texas seceded from the Union tomorrow, would you move to Texas? Barack Hussein Obama might welcome the exodus of those who are not onboard with his plan to radically change the United States into a utopian socialist nation.

Through the 9/12 march and through to the present, TEXANS seem to have been at the forefront of the patriotic resistance.  That is not to diminish those of us from California, land of fruits and nuts, but getting liberal California onboard in any meaningful way seems like a long and rocky path. But Texas, the Lone Star State has always had a tradition of personal freedom – so they don’t seem to mesh well with the ObamaNation.

If Texas left the United States – would you prefer to live in Texas or in the ObamaNation? I presume that Texas would retain the US Constitution as the basis for all laws. I’m speculating here, but I think this is where Texas might differ from the US if it became its own nation.

*The US Government Printing Office (www.gpo.gov), has tax codes you can order. A complete set of Title 26 of the US Code of Federal Regulations, all twenty volumes of it, can be had at the bargain price of $974, shipping included. The full text of Title 26 of the United States Code (the part written by Congress–available for an additional $179).

IF Texas was a country, would the right to keep and bear firearms be a foregone conclusion, not a topic for endless debate.

IF Texas was a country, the capital from Wall Street would flow there like water, away from the wasteful, spendthrift, out-of-control US Government.

What else do you think you’d see if Texas was a country?