I don’t know how many of you drink iced tea. However under the present circumstances when eminent citizens like the Reverend Al Sharpton are calling for boycotting Arizona products, you couldn’t buy a more appropriate commercial item than ARIZONA TEA! 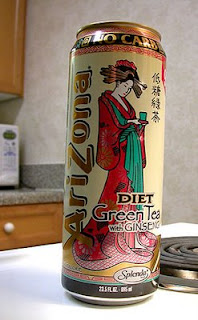 barack hussein obama’s regime would see you refusing to buy products made Arizona because the State took a courageous stand and adopted the Federal Law that deals with illegal immigration. The obama regime is fighting back with everything in their arsenal short of sending in troops on American soil and declaring martial law (against the citizens of Arizona – not against illegal aliens).

obama hopes that by sending in the Reverend Jessie Jackson, Al Sharpton and mobilizing all of the community organizing assets at his fingertips that people will attack Arizona economically. The City of San Francisco [home of Rep. Nancy Pelosi (D-CA)], long a city of high morals and impeccable values, has declared economic war against Arizona for doing what the Federal Government should have been doing for the last forty years.


So drink more Arizona Iced Tea – drive their earnings UP.