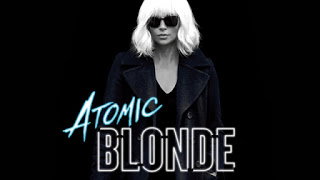 Facebook
Twitter
Pinterest
WhatsApp
I went to the movies for general amusement and to pass the time and the only thing that I hadn’t seen that was in the general realm of LL films was Atomic Blonde.  Here’s another trailer.

Think of John Wick’s ex-wife…or something along that line. Which is to say that the film was made from a graphic novel and it’s far more film noir than it is anything close to a documentary. Sort of a female James Bond on steroids.
And if you expect me to be hyper critical, I’m not. I didn’t look at my watch once during the movie, which is a positive rating all on its own. It was entertaining and I didn’t go for realism here anymore than I was looking for realism in The Matrix.
I still maintain that Charlize Theron is the most beautiful woman in Hollywood today. I’m sure that she is a liberal and that I wouldn’t like her in person, but she has a screen presence.
I give Atomic Blonde 8 out of a possible 10. I was entertained.