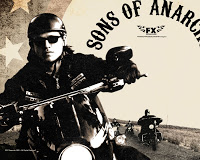 I watched this season’s second episode (Season 4 Episode 2) of Sons of Anarchy where a Mexican drug cartel is buying firearms from an outlaw biker gang, who in turn are supplied by the Irish Republican Army. Yeah, I know. It’s Hollywood.
In real life, they’re supplied by the US Government through cut-outs and front men, backed by the US Department of Justice. The Justice Department stonewalls Congress because the guilty knowledge of what they’d been doing goes all the way to the Attorney General, to White House staffers, and likely to President Barack H. Obama Jr. Hollywood isn’t that creative. Nobody would believe it. A plot like that can only come from real life.
Operation Castaway may be the latest installment in the pattern of corruption that we’ve seen in Holder’s Justice Department and the Bureau of Alcohol, Tobacco, Firearms and Explosives (Tampa [FL] Field Division).

“Whether the allegations of our source refer to the ongoing Operation Castaway remains at this hour unclear, but our source is certain that O’Brien has allowed the “walking” of straw-purchased firearms to Honduras using the same failed strategy as the Phoenix Field Division’s Operation Fast and Furious.” (op cit – link above) 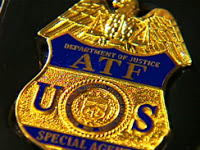 According to a letter from U.S. Assistant Attorney General Ronald Weich to Rep. Darrell Issa (R-CA) and Sen. Charles Grassley (R-Iowa), the disclosed incidents may be only a partial list of violent crimes linked to Fast and Furious weapons because “ATF has not conducted a comprehensive independent investigation.” (CBS/Malkin – linked above)

I find it personally disturbing that given the gravity of the situation, ATF hasn’t yet conducted a comprehensive investigation. Based on Asst. Attorney General Weich, it doesn’t appear that BATFE has even initiated an investigation.

On May 27, 2011, three AK-47 type assault rifles purchased by Fast and Furious targets were recovered in Jalisco, Mexico after having been fired. No other details of the incident were provided, but the date and location match with another incident previously reported by CBS News. On May 27 near Jalisto, cartel members fired upon a Mexican government helicopter, forcing it to make an emergency landing. According to one law enforcement source, 29 suspected cartel members were killed in the attack. (CBS News, Sharyl Attkisson is CBS News’ “Follow the Money” and Investigative Correspondent)

This is very interesting because I was near this location when it went down. It strikes home. Sharyl (above cited) wasn’t, but I applaud her for reporting it.
What are American intentions in this regard? How deeply are we involved in arming the cartels? Castaway and Gunrunner/Fast and Furious are clearly not the only programs that the government has been pursuing. I suggest this because we keep getting more details of new (and gory) details almost every day of DOJ’s participation in these illegal and sinister operations.