All the President’s Relatives 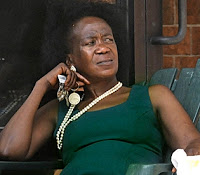 How many illegal alien relatives of President Obama are roaming the country, collecting welfare, and committing crimes? We may never know. The two most noteworthy cases, that of Omar Onyango Obama (Uncle Omar) and Zeituni Onyango (Aunt Zeituni) have been swept under the rug by the Department of Homeland Security, Bureau of Immigration and Customs Enforcement. Isn’t that special?

“Two weeks ago, President Obama ordered a massive review of 300,000 deportation cases of illegal aliens because they had either not broken any other laws while living in the country illegally or are considered “lesser offenders.” The first high-profile beneficiary of the policy has a familiar name: Obama.”

The courts quietly released Uncle Omar last week after he was arrested for drunk driving. He’s been using a fraudulent social security card to work at a liquor store as a part time clerk while collecting welfare benefits. The Boston Globe reported the story last week.
His successful evasion of the nation’s immigration laws mirrors that of Obama’s aunt, Zeituni Onyango, who was granted asylum. She has to stay in the US – receiving welfare benefits – because if she went back to the rock in Kenya that she crawled out from under, she might be treated unfairly because she’s related to the US President. Based on those criteria, all of the extended Obama family could flee their ghettos in Africa, arrive in the US and be supported by the taxpayers.
WBZ explained Auntie Zeituni’s case and her nephew’s involvement succinctly. “[Obama’s] done nothing to get her off public assistance,” the station reported in September 2010. “But he is the reason she was granted asylum after she had been living her illegally for many years. All this time she has been burden to taxpayers, and that hasn’t changed with her nephew moving into the White House.” 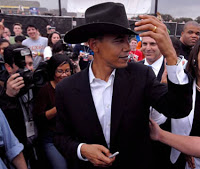 Auntie Zeituni, who claims she is only person on earth who can pinch the president’ ear and smack him, said she must be honored, as African custom requires.
Uncle Omar Onyango Obama won’t, of course, be only the drunk-driving illegal alien the government releases, given the president’s order to review 300,000 deportation cases.
As The New American has reported in late August, President Obama stopped the deportations because leftist and revanchist Hispanics were enraged that “lesser offenders,” such as petty thieves and drunk drivers like Onyango Obama, were nabbed and scheduled for deportation thanks to cooperation between state and federal authorities via the Secure Communities program.

We haven’t heard much from George Hussein Onyango Obama, the President’s half brother lately. At last report, he was in custody in Narobi on drug charges (LINK HERE). Has George Obama left the slum in Kenya where he was living? Is he quietly staying in the Lincoln Bedroom in the White House? I have no idea. However when Barack Hussein Obama leaves office, can we send all of his illegal alien relatives home to Africa? Please? 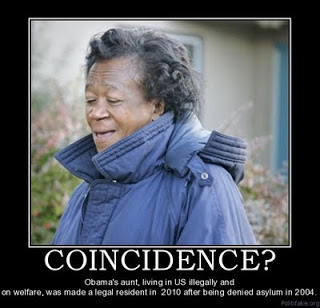