Are UFO’s a Threat? 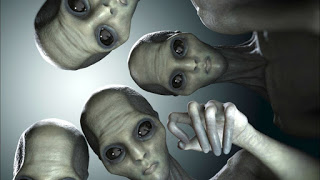 Facebook
Twitter
Pinterest
WhatsApp
Technically if it’s moving through the air and you can’t tell what it is, I suspect that it’s some sort of threat. Particularly if it lands on you.

None of the Arizona sightings were in the area where I live, which leads me to hypothesize that their base could be around here and they dart out in different directions. The base would likely be in a cave, wouldn’t it? I mean, it’s not there, advertised on Google Earth is it. The Discovery Channel Telescope is located near me. Coincidence? I think not. They research us and we research them.

Maybe they have genetically altered abominable snowmen (big foot —  you see where I’m headed, don’t you?) and they guard the secret cave that leads to the hollow Earth where they hatch their diabolical plots.

I’m sure that they’re Hillary Clinton supporters. If you look at the picture above, they look just like the people who show up at Clinton rallies. The mind control device that the freak (some say genetically altered mutant) Ocassio-Cortez used had to come from somewhere. Ockham’s Razor suggests that the most likely source would be extra-terrestrial in its implications.

How can you say that THEY are not a problem, not a threat?