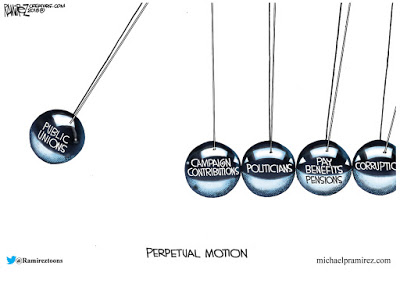 If you want to deal with public employee union problem and run-away pensions, simply make it ILLEGAL for a union to give a contribution to a politician that has voting authority over its members salaries…and that will happen when hell freezes over. 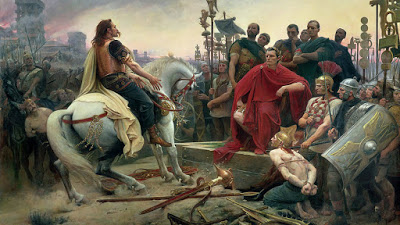 So long as employee A can give money to union B who gives some of that money to politician C, who votes employee A, a pay raise out of public funds (not his own), there will be problem.
I took a ride on the way-back-machine and ancient Rome had a similar problem because it was that very mechanism that Julius Caesar used to secure his position as imperator.
Wikipedia – Praetorian Guard
Nothing much has changed.