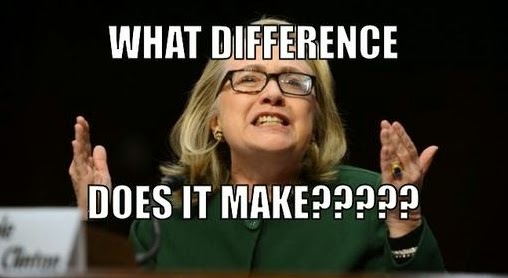 Investors Business Daily posited nine questions that the Congressional Hearings on the Benghazi Massacre should answer. I found these to be comprehensive and genuine answers would go a long way toward bringing closure. I’m simply posting their questions (below) for your consideration. The dead can’t get answers for themselves…

1) What was the real purpose of the “special mission” in Benghazi that was so important and timely that Amb. Chris Stevens was sent into this most dangerous Libyan city just as the Red Cross and other countries withdrew? Was it really trans-shipping Libyan weapons to Syrian rebels, a favored cause of Secy. of State Clinton?
2) In this dangerous environment, why were repeated requests by Stevens and others for additional security ignored by Clinton’s State Department in the weeks and months leading up to that night? The compound’s security was deemed so inadequate it required a special waiver from Washington to continue operation. Who authorized that waiver?
In fact, despite knowledge of at least 10 terrorist training camps in the vicinity, the mission’s security was actually decreased the previous month with the removal of a special ops security detail over the protest of its commander? Why? 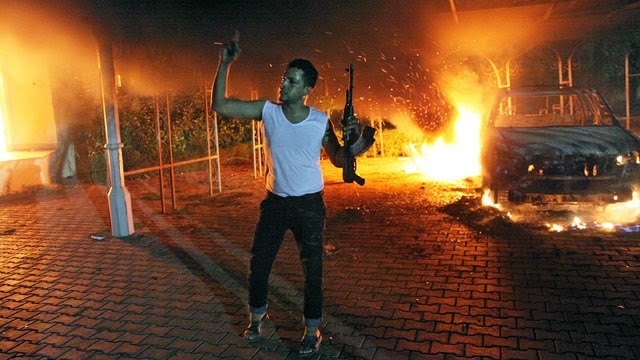 3) Why in the world would the mission’s local security have been entrusted to a local militia, the 17th of February Martyrs Brigade, with its known ties to al Qaeda affiliate Ansar al-Sharia?
4) We need to clarify this “stand down order” business. Several CIA operatives at the nearby annex say they were prevented from going to the assistance of the embattled mission by a superior named “Bob.” State spokeswomen vehemently deny the claim. But in their book — “13 Hours: The Inside Account of What Really Happened in Benghazi” — the operatives say the 30-minute delay prevented the rescue of Stevens and an aide, Sean Smith.
5) Speaking of rescue, why was none attempted in Benghazi? Why were no ready forces ready for any regional contingency, given the symbolic power of a 9/11 anniversary? And the fact that 12 hours before, a Cairo mob had stormed the U.S. Embassy? Is it true the ready force was “training” in Croatia and told to stay there?
Obama aides say the terrorist attack on the mission did not last long enough for help to arrive. But how would anyone know in the middle of it how long the attack would continue? They had a real-time drone overhead to monitor. And since when do rescues of endangered Americans depend on certainty and pre-arranged time-frames?
6) Where did this cockamamie anti-Islam video tale come from? Clinton cited it as early as 10 p.m. Washington time. She later blamed the “fog of war.” But according to her, at the time Benghazi was thought to be a mere protest, not “war” with or without fog. And why in the face of on-site intelligence and media reporting to the contrary did the Obama crowd stick with the fable so long?
7) Acting CIA Director Mike Morrell scrubbed the following Sunday show’s talking points for Susan Rice of any reference to terrorists and al Qaeda. Is it as simple as Obama not wanting to mention terrorists running freely in Libya so soon after the Nobel Peace Prize winner’s first war, to oust Moammar Gaddafi?
And was Morrell’s subsequent consulting job with an outfit closely associated with Clinton’s nascent presidential campaign any kind of reward for protecting her department?
8) Was an autopsy performed on Stevens? Why aren’t the results public? The implication has been he died from smoke inhalation, but at least one terror website claimed he’d been killed by lethal injection. Was the mission attack perhaps a botched hostage-taking to trade for the imprisoned blind sheik of the first World Trade Center attack?
The State Department credits Good Samaritans with taking Stevens to a health clinic. Seriously? Driving the top American in-country through Ansar al-Sharia checkpoints to a clinic controlled by the same group? And what was promised/paid by whom to whom to retrieve his body the next day and deliver it to a U.S. charter at the Benghazi airport? 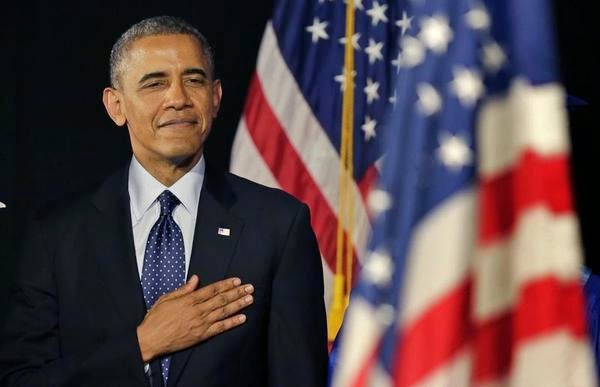 9) Finally and most mysteriously, where was the nation’s commander-in-chief and what was he doing during this crisis? We get minute-by-minute tick-tocks of his whereabouts and actions during other events, such as the Osama bin Laden assassination.

Clinton said she talked to him early that evening. Then, Poof! Obama disappears. Neither he nor aides have offered any explanation. The next morning, enroute to campaign fundraisers in Las Vegas, Obama appears with Clinton in the Rose Garden to denounce the murders and vow swift justice.
What distraction could Obama have been involved in that’s so awful, the president would prefer the people of the United States think their chief executive was asleep at the switch while Americans died?


Maybe he was loaded — as usual — and it’s no more sinister than that?