In the United States, we have very few memorials and statues if you look at the nation as a whole. I realize that any memorial to sacrifice is considered to be obscene by members of the Democrat Party and their operatives these days as they work hard to either re-write history or to eliminate it completely.

Then presidential candidate Hillary Clinton lamented that my generation needed to die (the sooner the better) in order to allow for a more progressive globalist America to emerge. And I’m not even part of the greatest generation…merely a child of that era. But some of it rubbed off.

In my home there are tributes to members of my family who served so that my grandchildren will not forget. They hang on the wall as mute reminders of sacrifices made in the hope that the nation would be preserved and that the blessings of liberty would be enjoyed by their posterity.

On April 29, 1945, USS Hazelwood  was on radar picket duty in the waters off Okinawa, when it was attacked three A6M Zero fighters (kamikazes). Two Japanese aircraft were shot down by anti-aircraft fire before the third Zero crashed into the Hazelwood.

The burning fuel of the Japanese aircraft covered most of the ship. 10 officers, including the captain of the ship Commander V.P. Dow, and 67 sailors died. 36 sailors were missing, many of the Hazelwood’s  crew were injured and burned. However, under the command of one of the remaining officers, Lieutenant (JG) Locke, the fires were extinguished, and the list and roll from flooding  was eliminated.

My father was on the USS Hazelwood on that day (a gunner’s mate – he later struck for yeoman) and had the Japanese been more effective, this blog would not exist in 2020. He was thrown from the deck when the kamakazi hit and was picked up by the Colahan (DD-658) which came to assist. 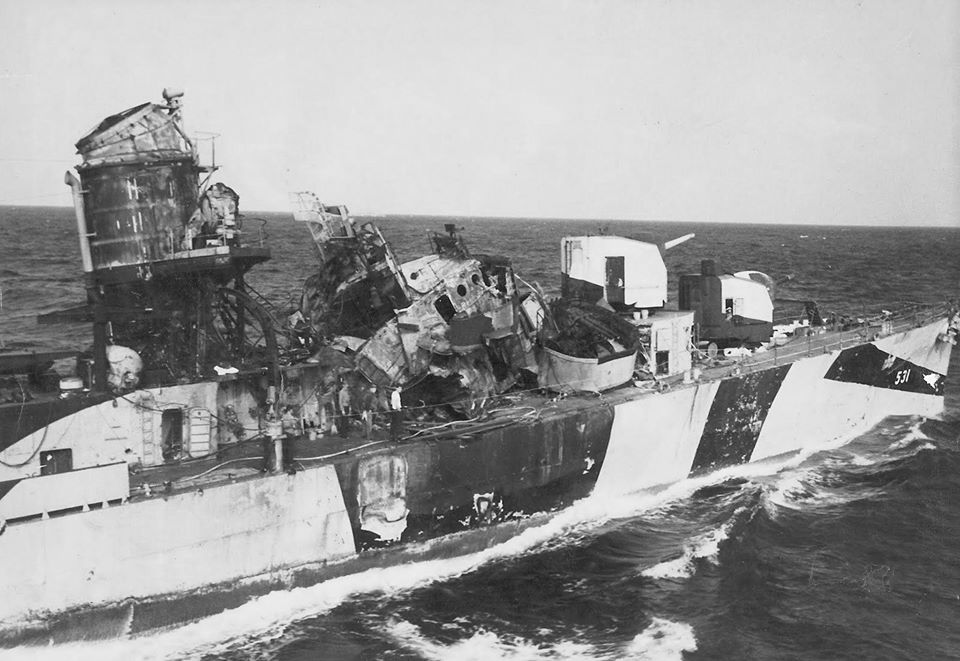 Hazelwood was able to get underway on its own power and on May 05, 1945, the damaged ship reached the American naval base on Ulithi Atoll, where the damaged superstructure was cut away. The photo above was taken from the bridge of USS Melvin (DD-680). 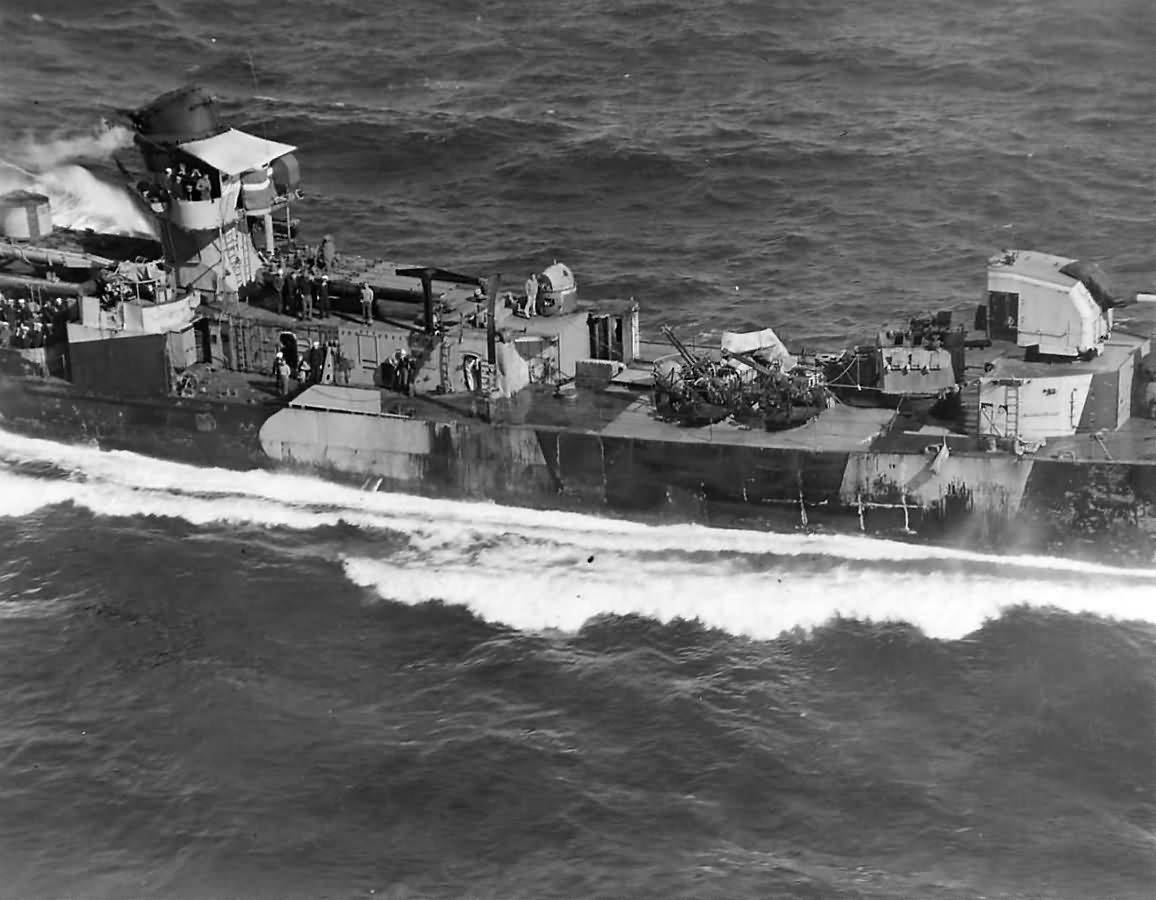 In the photo above, you will note that they’ve set up a makeshift bridge on the search light platform on the #2 funnel. It gave them a little height to see, and relay instructions to the engine room.

By September,  Hazelwood had rejoined the fleet.