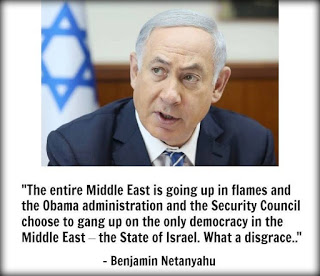 UN Resolution on Israel
The incoming US Administration has serious reservations about the utility of the United Nations. I expect that there will be far less money flowing into those anti-American coffers during President Donald Trump’s term in office.

Secretary of State John (Wooden head) Kerry is defending the Obama administration’s decision to effectively allow the United Nations to condemn Israeli for attempting to build more settlements in the disputed West Bank, saying the “unprecedented” effort has spawned terrorism and violence that jeopardizes lasting peace in the region.

The United States on Friday abstained from a U.N. Security Council vote to adopt a resolution condemning the Israel’s settlement expansion, which allowed for the measure’s passage and disapproval from incoming Republican President Donald Trump.

“Things will be different after Jan. 20,” Trump tweeted minutes after the vote.

Even though American Jews overwhelmingly supported Hillary Clinton and Barack Obama, both of whom never had a problem tossing Israel under the bus, the incoming Trump Administration has stalwartly backed the State of Israel and pledged to build the new US Embassy in Jerusalem. As to the UN and governments that hate the US – elections have consequences.
It might be useful for Egypt to revisit the resolution and re-think their position. The same would be true for New Zealand, which supported it. I realize that NZ is a liberal enclave, but it never hurts to make friends with people who would normally be inclined to save your bacon. Right now, they’re not making friends with the Trump Administration.

But back to the United Nations – there is a belief that the US wouldn’t pull out and tell them all to take a flying leap. While that may not be the initial position of the Trump Administration – things could end up like that. What good is the UN really?

(CNN) They [meaning all of you unwashed scum in fly-over country, bitterly clinging to God and guns] are doing much better in terms of employment and income than they were a few years ago, but the kinds of jobs they enjoy seem less stable than in the heyday of unions, with fewer benefits and worse prospects for upward mobility. With rising education and health care costs, they worry about how their kids will do.

This issue animated the supporters of Bernie Sanders in the Democratic primary. The economic anxiety drove millions of voters to choose Donald Trump over Hillary Clinton, believing that a fundamental change to the status quo is now essential if their communities are ever going to be rebuilt.

Let’s take this a point at a time.

There is a wishful sense among the corrupt elite media moguls that President Trump will self-destruct and the angry white men who tilted the election for Trump will swing to support Elizabeth (Fake Indian) Warren or some other progressive icon. Magical thinking goeth before the fall, but the progs will drink their mocha-chino-espresso-lattes at $16+tip a pop inside the Washington Beltway as they prop up each other, making wild predictions that have nothing to do with facts. 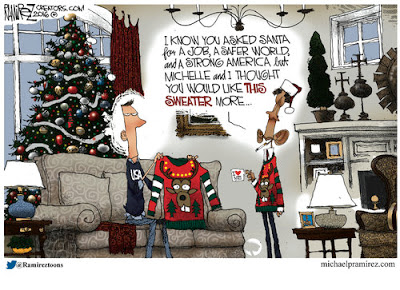 The academicians and the corrupt elite media continually rant on how unqualified Donald Trump is to be president without ever once considering that Barack (former drug dealer, community organizer) took political office without ever doing anything but be a scab on the ass of society.

Nobody who attended schools at the same time that he did recalls him present in class. The records or sealed or we’d see that he attended as a citizen of Indonesia. When Barack became a politician he didn’t ever supervise anyone, never ran a business, never had to budget anything, never made a payroll, never built anything, and golfed a mediocre game.

Those same academicians and media acolytes point to Barack’s election as “transformative” because he was 1/2 black, raised by a white mother (his absentee father was little more than a sperm donor) and white grandparents. How do you possibly square Barack’s absence of qualifications in light of President Donald Trump who took a million dollars and turned it into a ten billion dollar empire?