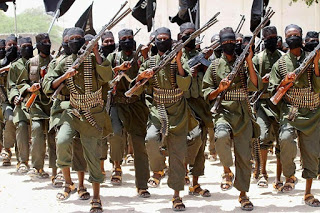 In an interview published last week by Al Jazeera, the leader of Al Qaeda’s affiliate in Syria, the al-Nusra Front said the Front received directions from Al Qaida leader Zawahiri to concentrate on Syria and to conduct no attacks outside Syria that might risk the Syria campaign.
The al-Nusra Front is focused on capturing Damascus and toppling President Bashar al-Assad.

Al-Julani (Al Qaeda spokesman) said, “We are only here to accomplish one mission: to fight the regime and its agents on the ground, including Hizballah and others. He said, “Al-Nusra Front doesn’t have any plans or directives to target the West. We received clear orders not to use Syria as a launching pad to attack the US or Europe in order to not sabotage the true mission against the regime. Maybe al-Qaida does that, but not here in Syria.”

President Obama laid down several red lines in Syria, which everyone including the Russians, the Syrians, the Iraqi Caliphate and even the Americans ignored. “At this point what difference does it make?”
There are some interesting things going on and I wanted to point them out to you on this blog in case you’re following events in the Middle East. Al-Julani’s remarks are clearly propaganda, but they appear to be more than that.
1. They distinguish the al-Nusra Front (Al Qaeda) from the Islamic State of Iraq and the Levant (ISIL) by stating clearly the Front’s mission as confined to Syria.

The official position of the Front is that it is not an ally of or fighting for the so-called Islamic State. The Front’s fighters have cooperated tactically with ISIL on occasion and been attacked by ISIL on others. Al-Julani’s statements do not rule out cooperation with ISIL when operational objectives support the Front’s mission. It also does not rule out self-defense measures against air or other attacks.

2. The statements send a reassurance message to Europe and the US. That message is distinctly different from the threats that ISIL sends.
3. The al-Nusra Front publicly has promised to protect Syrian minorities if they renounce allegiance to the Ba’athist government. Christians would be taxed under Sharia and Alawites must renounce their religion. ISIL has never made such promises.
4. Al-Julani also denied that the al-Nusra Front contained a group known as the “Khorasan Group” that planned to attack targets in the US.
What does it mean?
Al Qaeda is reaching out to the West (and particularly to the US) to make a deal.
Saudi King Salman has begun working with the Turks and Qataris to fund, develop and support a new Syrian opposition coalition since March. Al Nusra might be pandering to join. If so, al-Julani said the right things to attract interest. If Al Nusra Front is already a member, al-Julani’s statements establish a basis for halting air attacks against Front positions and, possibly, for other forms of indirect cooperation.
Will President Obama take the bait and join forces with Al Qaeda?
If he does, he must first characterize it as having found “Syrian allies” worthy of our support. There will be no mention of Al Qaeda, which might sound like a bad deal to Americans. The name  Al Nusra Front will be substituted, even though you know it’s the same players.
Everyone knows that Barack Obama is desperate to have some positive thing to say about the eight years that he spent in the White House besides lowering his golf handicap. He tried to make a deal with Iran but that didn’t work. Why not try Al Qaeda? Does it sound outlandish? Given Obama’s record does it sound unlikely? 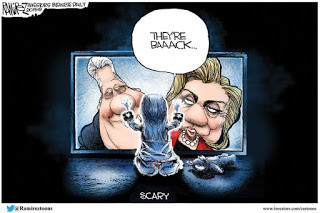 Some have a different take on it that is just as disturbing. Read about it here.

What is Hillary Clinton’s take on all of this – she who would be queen? None of us know and we’re not likely to know until after the coronation. As with Nancy Pelosi, cackling like a witch over a cauldron, she said that we had to pass Obamacare to know what’s in it. Hillary has the same take on her potential election to president.

Part two of this mini-series goes live this blog later today at noon.