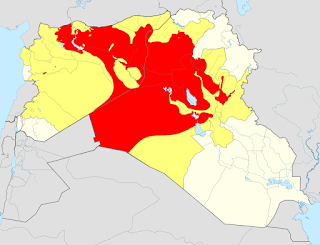 In a meeting in Tehran last week with the speaker of the Syrian Parliament, Iranian President Rouhani said, “The Iranian nation and government will remain at the side of the Syrian nation and government until the end of the road,” according to the state news agency IRNA. “Tehran has not forgotten its moral obligations to Syria and will continue to provide help and support on its own terms to the government and nation of Syria.”

Rouhani was playing to the gallery, speaking for effect. Assurances of steadfast support almost always mean that a crisis is occurring and that the situation is deteriorating.

Latest reports suggest that Iran has sent 15,000 troops to Damascus to take on ISIS.

Military setbacks in Syria confront Iran with a strategic challenge about the nature, extent and duration of its support. These considerations should factor in all of the US negotiations involving Iran. Iran’s Syrian proxy is losing and Iran is willing to try to save it. Iran didn’t send front line troops. They are needed at home to keep things under wraps.

A living systems analysis makes clear that the Syrian government is losing ground because the Syrian opposition has received so much new financial and military aid that the security situation now favors the opposition (Al Qaeda). Living systems thrive on new inputs of information, matter and energy. The Syrian opposition was the recent beneficiary of all three until Iran doubled down.
The military formula for instability had been favoring the Syrian government, following the introduction of Lebanese Hizballah forces into Syria two years ago. This year Saudi Arabia, Qatar and Turkey have matched trumped the Shiite coalition until last week. Will the Saudi coalition send troops of their own (not Saudis, they don’t fight – paid hirelings)? Survival of a pro-Iranian government in Damascus now depends on the Shiite coalition matching the Sunnis.
It is not clear that the Syrian forces have the capabilities to defend the Alawite homeland in northwestern Syria, much less Damascus and the main line of communications to Syria’s Mediterranean Sea ports. Without a significant commitment of fresh fighters and possibly more than the 15,000 sent by Iran, Syria must lose the war of attrition which the civil war has now become.
Does that mean that Syria will become an Al Qaeda State?  Yes, it appears to be the case, with an ongoing civil war then moving from Sunni (Saudi backed) Al Qaeda vs. Shiite (Iran backed) to Al Qaeda vs ISIS (Iraqi indigenous Sunni) 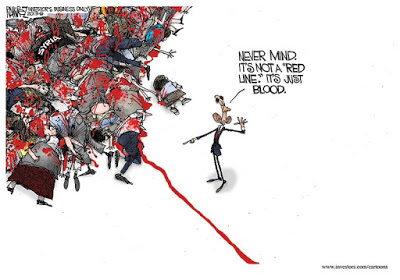 I hear a lot about how we need to defeat ISIS. I think that the US needs a coherent plan in the Middle East but the disastrous Obama Presidency (and Clinton foreign policy blunders, underscored by corruption and greed) with going on eight years of continual bungling, have made that exceptionally difficult to formulate.
For the US, siding with Saudi Arabia means siding with Al Qaeda and terrorism. Siding with ISIS means siding with Iraqi terrorists. Siding with a Nuclear Iran and their support of worldwide terror is insanity. Israel is trying to keep its head above water while Obama kicks it, but it’s the one of the few non-terror states (along with Jordan and a few smaller state actors) on that part of the planet. We need to help the Israelis to the extent that they need help.
I think that for now, the US needs to stand on the sidelines, protecting our Israeli allies and see how the falling dominoes that President Obama and Secretary Clinton set in motion, fall.

Meanwhile in the vacuum, other alliances are forming that create interesting implications outside of Washington’s sphere of influence. (Read More Here)