Facebook
Twitter
Pinterest
WhatsApp
Those Lovable Norks
Commentary: Since the United States is out of the practical range of land-based missile platforms, the Norks have been studiously working on building a submarine-launched ballistic missile (SLBM) that they can sail in the people’s submarine to a position within range and launch it. It’s their new strategy. The DPRK thought is that if the Norks can even get it within range, they can blackmail the US to do their bidding, or launch the missile and the US will be too timid to respond. Barack, maybe, Trump — maybe a different problem for Dear Leader.

Japanese media reported that North Korea tested a submarine-launched ballistic missile in December. The Japanese broadcaster NHK, quoted US officials who said the US had detected a “ground test” of an SLBM in North Korea. The news accounts provided no details, including the date of the test and the location. If confirmed, it would be the fourth such test this year.
North Korean media have not mentioned this test. The lack of sensational publicity suggests the test, if it occurred, was intended to solve problems with the missile.
Chinese Balkanization
On 14 December, Xinhua published the content of a news conference with An Fengshan, a spokesman for China’s Taiwan Affairs Office of the State Council. An took the usual hard line position against “Taiwan independence.” Excerpts follow.

“When responding to a question at a regular news conference held today (14 December), An Fengshan said, “It is our unswerving stance to uphold the one-China principle and to oppose and suppress ‘Taiwan independence’ separatism. On the issue of anti- ‘Taiwan independence’ and anti-separatism, we have the firm determination, full confidence, and sufficient capabilities’.”

A reporter asked a question about the Taiwan authorities’ use of the phrase “maintaining the status quo”.

An “pointed out that such remarks fully exposed the separatist nature of some political forces on the island seeking ‘Taiwan independence’ and their eager attitude to realize the dream of ‘Taiwan independence.’ He stressed that there is only one China in the world and both the mainland and Taiwan belong to one China. This is the reality recognized by the international community on an indisputable legal basis and factual basis. Facts will tell these people that ‘Taiwan independence’ is an impassable dead end.”

“This law is the main embodiment of the Communist Party of China Central Committee’s general policies and guiding principles toward Taiwan as well as the collective willpower of the people as a whole. It also embodies our consistent stance to make the greatest efforts with the utmost sincerity to realize peaceful reunification and meanwhile demonstrates our strong resolution to safeguard national sovereignty and territorial integrity as well as to resolutely oppose and suppress ‘Taiwan independence’ separatist behavior in any form.

The Anti-Secession Law makes it a crime for any Chinese official to advocate the alienation of any Chinese sovereign territory. That means officials cannot consider any dilution of the principle that there is “one China.” The Chinese and the government on Taiwan both consider Taiwan to be a province of China. Thus, Taiwan officials are considered Chinese officials for the purposes of the Anti-Secession Law.
Taiwan officials who advocate “Taiwan independence” may be tried in Chinese courts and sentenced. Sentences include the death penalty. China has the legal foundation to suppress notions of ‘Taiwan independence’ as treason and has the military power to enforce the law.
Should Taiwan declare independence, Chinese leaders are mandated by the Anti-Secession Law to prevent it, under pain of a criminal sentence.
Commentary: The Anti-Secession Law is rabidly enforced because if it wasn’t, Shanghai/Suzhou would leave the PRC the next day. Guangzhou/Guangdong would be gone a week later. It’s not just about Taiwan, and readers need to understand the context. Beijing is not popular once you leave the ring roads and both Shanghai and Guangzhou have the economic muscle to exist outside the PRC. Chinese balkanization is not something that is often discussed in the media, nor is it discussed publicly in China where even advocating it could bring swift execution or imprisonment. However having spent time in China and having hobnobbed with the great and near great, it is discussed privately, often with great passion. The Party understands this and that is why the One China policy is inviolate. After Shanghai and Guangzhou leave, the Muslim provinces, most particularly Xinjiang, would be gone as well.
This is not secession talk the way that the Republicans would like to cast off the liberal enclaves of NY City, San Francisco, Portland and Los Angeles. It’s a lot more serious than that with the Chinese. The People’s Liberation Army is the glue that holds modern China together. Never doubt that. It’s manifest in part because the Public Security Bureau (Chinese Police) are not armed. If an armed force is required, the Army/PAP steps in.
Idlib

The Russian defense ministry reported that Syrian forces and militias were in the process of completing the liberation of eastern neighborhoods of Aleppo city. The remaining fighters and their families – some 10,00 people — are being evacuated to Idlib. A total of 50,000 people require evacuation.
The Russian report reaffirmed that the Russian air force did not participate in the offensive against the rebels in eastern Aleppo. It recapped that 900 terrorists were killed and 3,033 left voluntarily. 1,524 already have been granted amnesty and the rest are being checked.
The evacuation proceeded without incident. Idlib has set itself up as the next siege target for Syrian and allied forces.
Central African Republic

Violent clashes between various factions are spreading in the Central African Republic. The new government of Faustin-Archange Touadera has limited control outside the capital, Bangui, and has failed to convince the dozens of armed militias around the country to lay down their weapons, according to a UN report.
UN monitors have found that previously localized fighting within the former Seleka rebel coalition and against anti-balaka has “grown more severe and widespread.” (Note: “anti-balaka” is translated roughly as “invincible.”)
Despite successful election of a new government in March, Central African Republic as a system is not capable of sustaining an elected government without competent armed forces.
Context and Precedence: The latest violence is a direct outgrowth of the inability or unwillingness of French and UN forces to stabilize the countryside. In 2013, the mainly Muslim Seleka rebels seized power in the majority Christian nation, toppling President Francois Bozize and sparking a backlash from Christian anti-balaka militias. Bloody sectarian fighting followed for months. 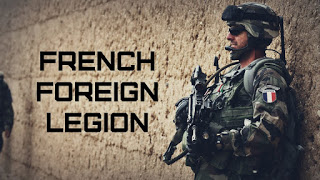 In December 2013, France sent a 1,600-man armed intervention force to execute Operation Sangaris to stop atrocities against civilians and to reduce the sectarian fighting, focusing on Bangui. In September 2013, the UN peacekeeping force MINUSCA joined the French forces.

In October 2016, the French concluded their peacekeeping mission in the CAR, leaving 350 soldiers to assist MINUSCA. MINUSCA has just over 13,300 uniformed personnel.
The French and UN forces succeeded in stabilizing Bangui until recently. They did not attempt to disarm the Muslim or Christian militias outside Bangui. No party has proven capable of reconciling the Muslim and Christian communities. This slaughter (not at all uncommon in Africa) will continue until one side has wiped out the other. I don’t see the Trump Administration getting involved. Let French troops die if they care.

Russian Hacking and the US Presidential Election

Commentary: There are different schools of thought. (President Obama doesn’t feel that the election can be hacked or that widespread election fraud is possible)….but moving on with the meme:

If it was Rich, Hillary got her pound of flesh with Rich’s murder (only one of several disloyal Clinonistas who were clipped during this election cycle), time to move on. Let the police move forward with their investigation, such as it is.

If it was the Russians, why might they have done it?

“When mass protests against Russian President Vladimir Putin erupted in Moscow in December 2011, Putin made clear who he thought was really behind them: Secretary of State Hillary Clinton.

With the protesters accusing Putin of having rigged recent elections, the Russian leader pointed an angry finger at Clinton, who had issued a statement sharply critical of the voting results. “She said they were dishonest and unfair,” Putin fumed in public remarks, saying that Clinton gave “a signal” to demonstrators working “with the support of the U.S. State Department” to undermine his power. “We need to safeguard ourselves from this interference in our internal affairs,” Putin declared.”

Nobody denied the truth of the e-mails. The question is not in the content but in which actor fed the information to Wikileaks. I don’t know which scenario is correct. However, context is helpful (above) to work out the motives of the prime suspects. 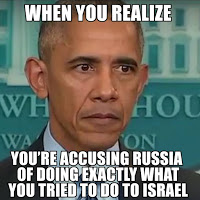