Texas is Catching Up! 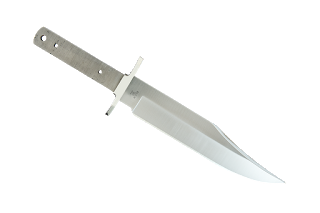 Facebook
Twitter
Pinterest
WhatsApp
Sabers in Texas
Texas now allows open carry for swords and long knives such as Bowie knives. (USA Today) The caveat is that there are places where you can’t carry a sword/Bowie knife.

-Bars and restaurants that derive 51% or more of their income from the sale or service of alcoholic beverages for on-premise consumption.
-Schools and universities.
-Polling places.
-Secure areas of airports.
-Racetracks.
-High school, collegiate or professional sporting events (unless the person is a participant in the event and a location-restricted knife is used in the event).
-Correctional facilities.
-Hospitals, nursing homes and mental hospitals (unless written authorization is given).
-Amusement parks.
-Churches, synagogues or other established places of religious worship. Also, people under age 18 will not be allowed to carry such blades if not directly supervised by a parent or guardian.

Frankly, I’m surprised that carrying a Bowie knife was ever against the law in Texas. It goes against the grain to restrict them doesn’t it? I wonder how many arrests have been effected for people simply carrying a Bowie knife in Texas – just carrying, not carving somebody up with one.
And swords, well having a saber in a scabbard on your horse is ALL TEXAS isn’t it? Or has Texas been so domesticated (outside Austin where normal Texas exists) that there is a reluctance to carry a proper knife? Come on OLD NFO and LSP – why would a Bowie be illegal to carry in Texas. Ok, if you called it an “Arkansas Toothpick”, I can see some Texans pushing back.
Arizona Knife Laws

It’s been legal in Arizona to carry any knife you want, wherever you want, open or concealed. The only restriction is against carrying a knife on school property. Arizona has the best knife laws of all 50 states. There are no illegal pocket knives in Arizona. Basically, you can own any type of blade you want and carry it concealed or in the open without worry. There are no municipal laws so you won’t have to worry about police officers the next town over harassing you for something that is legal in your home town.
In short, Texas finally caught up with Arizona.
I’m sure that you’ll see other Arizona vs Texas articles appearing on this blog from time to time. I like Texas but live in Arizona, so you get the vibe…