A New US Relationship with China 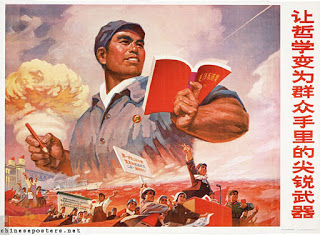 The people who pull the levers and push the buttons on politics and policy in the People’s Republic of China have been satisfied with the relationship that they had with the Obama Administration. Essentially Barack walked away from the store, left the door unlocked and allowed the looters to do as they would.
January 20, 2017 marks a new starting point and a test of wills and strength between an emerging Sino-centric world order and a re-energized US-centric world order.
Things in Washington DC have changed. President Trump invited Taiwan to send a delegation to his inauguration. The delegation, led by a former premier, arrived in the US on January 17th.

On 19 January, the spokesperson for China’s Foreign Ministry said, “We are opposed to the Taiwan authorities for sending personnel to the United States in whatever excuses to conduct activities that will undermine China-US relations. We again urge the relevant US side not to allow the Taiwan authorities to send the so-called delegation to attend the inauguration ceremony of the US President, and not to engage in any forms of official contacts with Taiwan.”

PRC Schooling President Trump
PRC Foreign Ministry spokesperson Ms. Hua Chunying answered a question about China’s relations with the new US administration. Her reply is China official position regarding the US on the eve of inauguration.

“A healthy and stable development of China-US relations is in line with the common interests of the people in the two countries. In fact, the development of China-US relations over the last few years has fully proved that China and the United States have far more common interests than differences, and cooperation between China and the United States can accomplish many things in a big way for the benefits of the two countries and the world.”

“We look forward to work hard with the new US administration, continue to uphold the principles of non-confrontation, non-conflict, mutual respect, and win-win cooperation, and continue to expand cooperation on bilateral, regional and global issues, and other fields to strive to push China-US relations toward greater development at a new starting point.”

Hua remarks essentially are a tutorial for the benefit of the US President-elect, laying out China’s expectations of American behavior. Hua was careful to avoid provocative statements, but Chinese behavior in the past eight years belies her reassurances about stability and “non-confrontation”. The Chinese have their own definitions of the principles for managing state relations “in a healthy and stable way.” The “correct direction” always favors China.
Reality
China is in confrontation with both Koreas; Japan; all the countries in southeast Asia except the Philippines; Burma, and India. Stability means that other states affected by Chinese initiatives should not react aggressively to protect their interests.
Non-confrontation applies to the US Navy and Japan’s self-defense forces, but not to Chinese ships intruding in the Senkakus or to China’s claim to sovereignty over most of the South China Sea. In 2012, Chinese forces simply seized the Philippine territory of Scarborough Shoal by force.
Chinese and North Korean missiles that can target South Korea and Japan are not provocative, but the installation of the Terminal High Altitude Area Defense (THAAD) anti-ballistic missile systems in South Korea and Japan is destabilizing. US bases are destabilizing, but the Chinese base in Djibouti is not.
Improvements to Vietnam’s islands are provocative, but China’s militarization of its man-made islets is not. President Xi’s Silk Road and Belt projects offer significant economic benefits to cooperating countries at the price of compromising their security and redirecting world trade. China’s reach is now farther than ever in Chinese history.
China’s focus on common interests ignores the much weightier issues on which national interests diverge, including North Korea’s missile and nuclear programs. Plus, there is a pattern. Chinese initiatives invariably are stabilizing and benign, so the Chinese assert. Resistance, disagreement or counter-initiatives, perforce, must be destabilizing and malign.
The statement of principles is beguiling. No one could object the principles, but the Chinese do not practice them. Nor do the Russians. They are for others – the victims and targets — to practice. Additionally, they appear to support the existing international order, as suggested by President Xi in Davos. However, they also help the China Dream in which China is building a new Sino-centric world order.
President Trump
The old relationship with China ends today. A new relationship begins, and there will be new rules that come out of it. The negotiation has begun and all of the chips are on the table. Commander Seventh Fleet will have his hands full with China and East Asia.
The cozy relationship building between China and Russia may also be coming to an end with a US policy that tends to favor rapprochement with Russia. This will be vexing to China as it finds itself isolated once again. The US has more to gain by working with Russia than it does with China and that relationship will tend to starve China of energy.
Watch the Russian response to this very carefully. They want to know how far to push things. If they cooperate with the US against ISIS and pull back in areas where they are currently expanding, the US will reward Russia with trade and favored status. The question for Russia is whether guns or butter are in its interests. Expect to be surprised – possibly in a good way. China has an 800 million man army (including People’s militia) on the Russian southern border. America forgets that and the Russians never do. China would not invade Russia, but they ultimately pose a larger threat to Russia in the next twenty years than the US does — if the US does not push NATO forward even more aggressively to the Russian border areas. Status quo may be good enough for Russia.