What All This Means 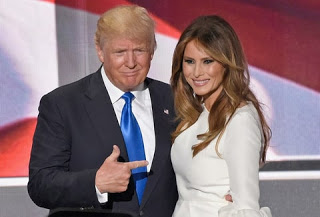 Facebook
Twitter
Pinterest
WhatsApp
What if, as the progs assert, the US election should be decided by popular vote alone? California and New York would be the only states that matter, with Texas a close third, and the rest of the nation be damned. True, there would be a lot more concern about who goes into which restroom, and whether there should be 31 genders as New York asserts, or 16 that California recognizes… But what would it really mean to disenfranchise the rest of the nation from the political process? Revolution.

Being a Constitutionalist, I understand why things were set up the way that they were and there is deep wisdom behind it. Barack came into office with the slogan, ‘change and rearrange’ with his heartfelt wish to fundamentally transform America. He tried to break the nation. What happened? He lost hegemony in the legislature two years later so tried to rule with his pen and his telephone. Eight years later, America elects the precise opposite of Barack with President Trump. The system is restored, his legacy will be wiped from the nation and balance will be established. Whether President Trump will go down in history as a hero or a villain will depend on what he does, not what he says.

Elsewhere…China isn’t happy because they planned on a Sino-Centric world and that may no longer be as easy to pull off as it would have if America continued to shrink from the world stage. Russia is looking with interest at how it will all turn out with a resurgent USA. The US-UK relationship will be rebuilt, stronger than ever. Mexico will pay for a wall on its northern border.

The Progressive Melt-Downs. This is a series of YouTube compilations that demonstrates that the  smug, corrupt, elite, mainstream media and their reading of We The People couldn’t be more wrong. It’s particularly entertaining today — and it’s my gift to you.