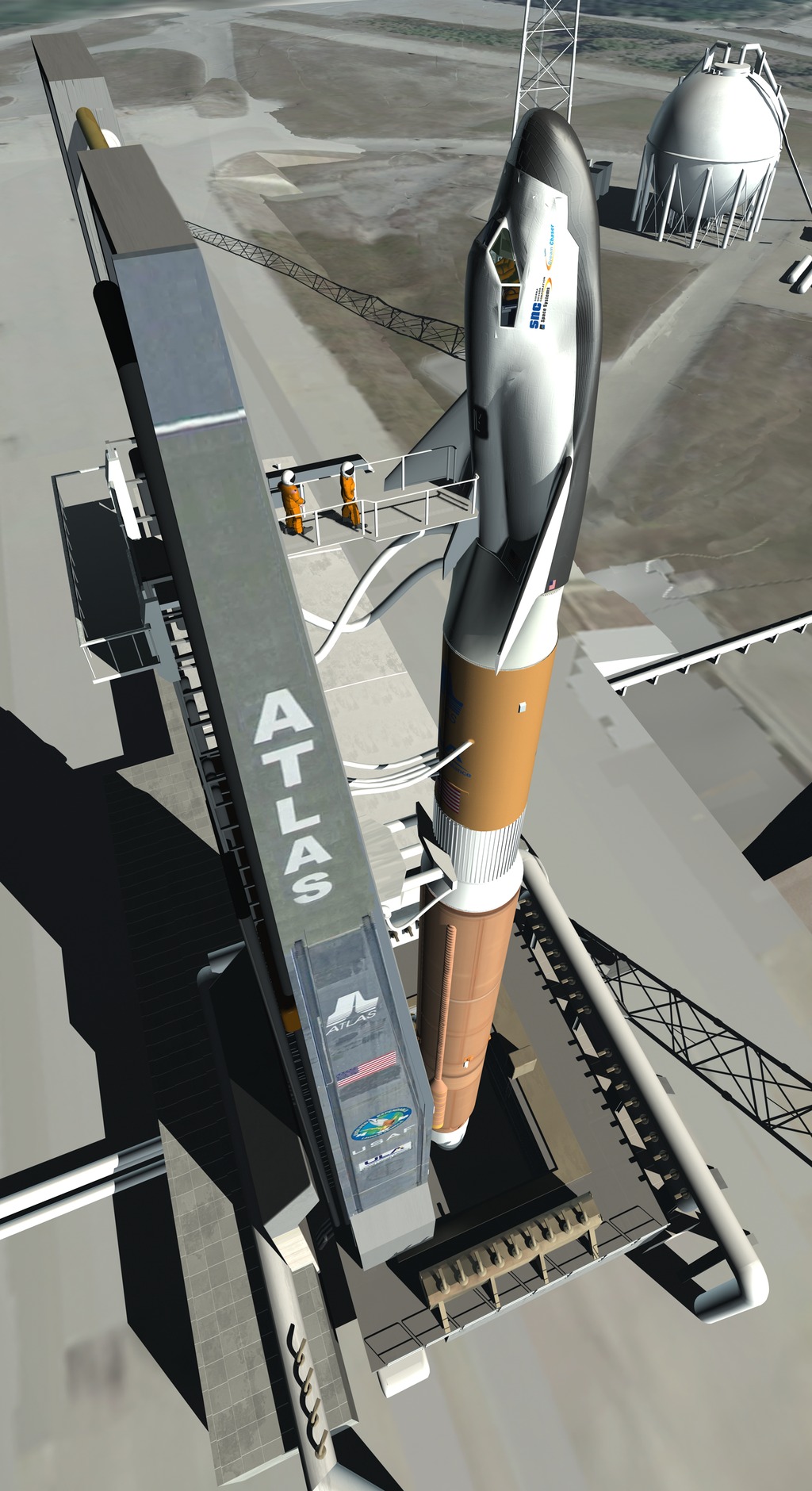 Sierra Nevada Corporation has been developing the Dream Chaser for the past sixteen years. It’s the descendant of a number of single-stage-to-launch (SSTL) projects. In short, it launches from a single stage and then returns to Earth and can land at any commercial airport. It’s engines burn alcohol and not hydrazine (so it won’t blow up). The SpaceX Falcon 9 launch vehicle lands, and the reusable nature of the program means that nothing is tossed into the ocean to put the payload into low Earth orbit.

There are a number of military and civilian missions envisioned for the Dream Chaser. Maybe it will be the first genuine space plane of the US Space Force? (MAGA)

It can operate with a crew of from two to seven or it can be flown as a cargo space plane, delivering supplies and then returning to Earth. (The cargo version is called the “shooting star”)

The first ISS flight of the Dream Chaser Demo-1 is planned for 2021. Completion of NASA’s Integrated Review Milestone 5 (IR5) confirms that development is still on schedule.

I’m one of the least enthusiastic people around when it comes to serious talk about a manned mission to Mars. I think that the technology to do that is many decades out, with a lot of investment in space between now and then. Space, outside Earth’s protective radiation belts is extremely dangerous.

The best plan I’ve heard and it was an old one by Werner Von Braun was that we send several redundant spacecraft to Mars at the same time. It would be ruinously expensive but it would offer the best chance of getting there with the flight crew in one piece. If one ship developed a problem, the crew could be transferred in-flight.

Robotics are to the point where we should be able to put a robotic base on Mars long before we send people. Test the base, test the concept, send crawlers and fliers around mars to fully explore the environment, extract water from sub-surface layers and process it, and then, one day, the landlords can arrive.

Maybe a manned presence could be established in lava tubes? Perhaps some other solution will present itself, or maybe Mars just won’t be interesting enough to send human beings? Or maybe we’ll be too busy burning society down to even approach the matter of putting people on Mars as a permanent colony.

I, for one, woudn’t like to be on Mars and learn that the space program has been canceled because of a Chinese Plague or because of minority dissatisfaction, or because a Democrat administration took office and decided to buy votes with the money earmarked for resupply on Mars. We definitely need to get our ducks in a row here first. Maybe a good first step would be to have college professors stop preaching “burn it down”. Or am I being overly dramatic?