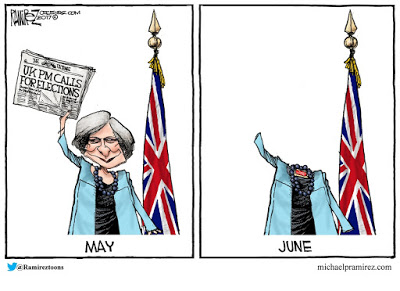 It may be a generational divide as the mandarins suggest. The most recent British elections took an unexpected twist. (note graphic, right)
It’s not the first time that we’ve seen generations disagree. In the UK, BREXIT was supported by the older generation for the most part while the younger members of society (who have been brainwashed to love Islam), favored keeping open borders and locking the nation in under the rule of foreign (European) operators.
It doesn’t take much circumspection to see that one of the larger problems that European nations have rests within the boundaries of its Muslim population. The US, with a smaller ratio of Muslims, has a smaller, but not insignificant problem. 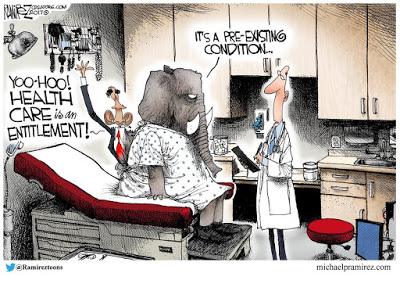 In the US, there is a vitriolic push back to the election of President Trump by the Deep State, which has ruled with little regard to the preferences of American people, for a long time. The moves to socialize almost everything including healthcare, was dealt a heavy blow.
As the propaganda machine within the corrupt, evil, smug, lying, nasty mainstream media continues to call for the impeachment or assassination of President Trump, we saw one of its followers try to take out some Republican Congressmen playing baseball.
Because she was likely concerned about conservatives (who own the guns in the US) doing likewise to Democrats, Rep. Nancy (Nasty) Pelosi (D-CA) pushed back against the ad hoc attack against legislators training for a charity baseball game. She called for calm, for the first time since President Trump took office.
The mainstream media, failing to take any credit for the attack (their modesty overwhelms), chose to rant about private ownership of firearms and to attack the Second Amendment.
In the US, it’s not so much a generational divide as it is a location-based divide. Those who live in the fetid inner cities and who feed on the scraps handed out by the Deep State to insure their loyalty tend to prefer someone like Hillary Clinton. The rest think thought that Clinton would be an exceptionally bad choice and thought to give Donald Trump a try since the miserable years of the Obama Administration only brought stagnation and malaise.