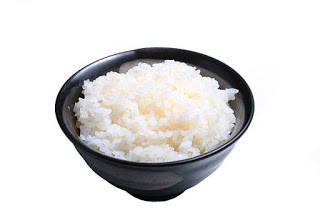 Facebook
Twitter
Pinterest
WhatsApp
Feeding the North Korean Military
The Daily NK reported from sources in the northern provinces of North Korea that North Korea lacks enough food to feed the army. Officers encourage soldiers to steal corn from farms. Malnutrition does not excuse soldiers from duty and training.
One of the sources for the Daily NK report said that in the northern regions of North Korea, the corn harvest generally begins in early September. Residents have started guarding their farms and small agricultural holdings day and night. However, the young, stout and well-armed soldiers are still able to steal despite these measures.

“A soldier who fails to acquire enough food during the autumn harvest is deemed a fool. The soldiers are stealing food using any method they can think off. In addition, as the military officers turn a blind eye toward these activities due to the lack of food within the army, even the collective farmlands and private fields are becoming the targets of food raids,” the source said

“Soldiers carrying big sacks of unripened corn can be frequently seen at the markets. They sell the corn at cheap prices to merchants who have made deals in advance.”

North Korean military forces are required to grow or otherwise acquire much of their own food. The troop units north of the Demilitarized Zone tend and guard their unit farms. The navy must fish and engage in piracy to support itself. Air force bases also have farm and side businesses.

Military theft from civilian farms has been a chronic problem since at least the mid-1990s. Sometimes soldiers are detailed to patrol the perimeters of important farms to keep other soldiers from stealing food. The military theft problem appears to have become almost institutionalized, as the national public distribution system collapsed.

Then there’s THIS from the Daily Timewaster… on how the North Koreans are staying alive.

One of the differences between North Korea and other failed statist systems is that North Korean soldiers are not immunized from the food shortages of the farmers and workers. Only the Kim clan and its cronies plus the new, small middle class of communist entrepreneurs are exempt from food shortages.

And in China, it’s not that different. The People’s Liberation Army, the Secret Police, the Public Security Bureau and the defense industry in general owns its own rice bowls and they’re expected to turn a profit from those businesses and to feed themselves. In democracies, those institutions are supported with tax money. Different countries, different systems.
Pakistan
The US has charged that Pakistan gives aid and sanctuary to terrorists (does anyone remember bin Laden?). Pakistan undisputedly created the Taliban and has been supporting it tacitly since the first talib crawled out of the Paki madrassas in the mid to late 1990’s. They are outraged that the US finally called them on it after almost thirty years of overt skulduggery.
China, an ally of Pakistan that gave it nuclear weapons, is also expressing outrage that the US would state the obvious. Russia is selling Pakistan new weapons, including four new helicopter gunships.
On 30 August, the National Assembly unanimously passed a resolution to cut US air and ground supply lines to Afghanistan via Pakistan. Speaking before the assembly, Pakistani Foreign Minister Khawaja Asif also urged the government to consider postponing any visits by US delegations to Pakistan or by Pakistani officials to the US. Crushing as a sensation of state visits would be to the US, I suspect that we’ll muddle through
All forces fighting for the Afghan government absolutely depend on the supply lines that run through Pakistan and on Pakistani ports.
Pakistan probably will step up harassment by customs officials and border guards of shipments destined for Afghanistan, as it has done periodically in the past. However, Pakistan will not cut the supply lines. It’s essentially hot air.
Tens of thousands of Pakistanis earn their living, directly or indirectly, from the huge logistic enterprise that sustains Afghan and coalition operations in Afghanistan. It is a source of steady employment for truck drivers and owners as well as shippers because Afghanistan is landlocked. Past special inspections have proven that accountability is such that even the Taliban rely on US military logistics for some supply items.

Which brings up the uncomfortable question of why the US is still expending blood and treasure in Afghanistan.

It must be FUN to be Putin 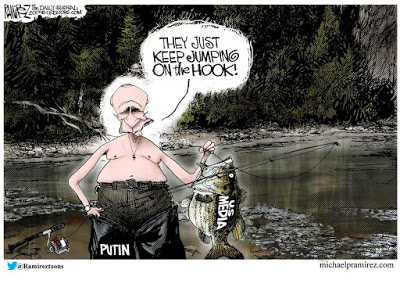 My sense of things is that Vlad is having the time of his life being king.


And nothing seems to give the Russian strong man more joy than cat fishing the mainstream media.


If ever there were a bunch of rubes who kept snatching the bait offered, it would be the dynamic duo of CNN and MSNBC.