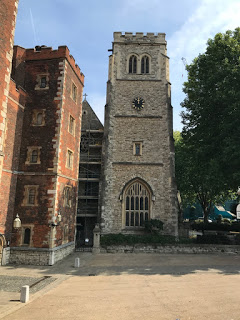 I felt compelled to post a picture of LSP’s headquarters back in Jolly old England. This is the Weekend Sermonette edition of Virtual Mirage and the band of heathen readers need some religion at least once a week. When LSP returns to the UK to take charge, this is where he’ll be living.

The date of the return of Archbishop LSP is still not firmed up but the triumphal entrance into the palace is only a matter of time. Hillary Clinton could speed the process along… 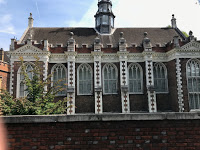 The Blaze – Glenn Beck left Fox News six years ago to forge his own media empire. While he’s personally made a lot of money from the effort, I was surprised to learn that it still exists. Beck is known for not being right much of the time, and in that he has a lot of company from people like Dan Rather, Jeb! Bush, and Hillary Clinton (who is trying to make a political comeback and run for the presidency again).

The Blaze has been struggling to attract a TV audience due to virtually no distribution deals with major cable companies, the Hill reported.

Do any of you actually watch “The Blaze”? Don’t be embarrassed to speak out.

Fish and Chips/Greasy Lips – The Scots have better fish and chips than the English. Glasgow is better than Edinburgh. Northern England (Lake District) is better than Southern England. This is not a scientific study. It’s based on eating (primarily cod) for three weeks and coming to a conclusion. Your results may vary. I think that it has a lot to do with the freshness of the catch. 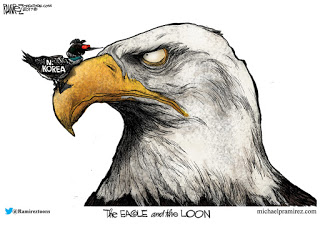 The North Koreans – They will keep shooting missiles to remind the world that they’re still there. If they didn’t, nobody would care.
The Chinese and Russians are urging the US to succumb to blackmail from the weird little creature who runs the place, but it’s unlikely under President Trump. One day in the near future they will launch missiles at Guam and that will be that.
A Discussion of Immigration – Check this out – George Borjas presents a remarkably clear and balanced discussion of the weight and problems caused (with limited returns) by open borders and unrestrained immigration. (h/t JD) In short hand, we’re back to BUILD-THAT-WALL (and lock-her-up while you’re at it).
James Comey is back in the news with reports that the fix was in for an exoneration of the infinitely corrupt Hillary Clinton almost from the beginning. Allow me to pick myself up and dust myself off from shock (no, not really). I’ve worked with the FBI a lot over the years and even though there is the assertion that they’re not corrupt at the top — it’s still Hoover’s outfit and the institution remains the same. Comey was crooked as a dog’s rear leg, and history will show that more and more as details are revealed.

The Chino Air Show – is a must see, but not at 105 degrees ambient (about 120 there on the tarmac). Oh how the mighty (me) has fallen, but it would just cook me. And it’s too hot to take the grandkids. The Planes of Fame will have to go it without me.

The heat wave (proof positive of global warming – we’re all gonna die) is unfair because in California they’re merciless in collecting the weather tax.

Business Question – “What would it take for you to relocate to India for three years?” Answer – All of the whiskey in Texas. Every drop including the stuff that’s underwater in Houston and Beaumont. “No, I’m serious.” So am I. There are parts of the world that I like and parts that I don’t like. I don’t like India and not just because it smells like crap – because people just squat in the gutters – but also because you’re guaranteed diarrhea for – in this case – three years. “So that’s a firm ‘no’?”