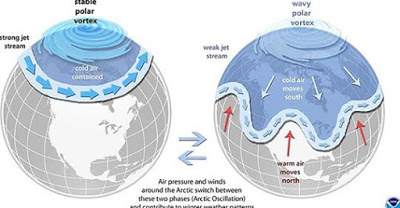 (LINK HERE) There’s some chatter on the internet about the number firearms and amount of ammunition that federal agencies such at the US Department of Agriculture, National Institutes of Health, Internal Revenue Service, Social Security Administration, etc. are spending and why these agencies with a severely limited law enforcement role need to stockpile. The Food and Drug Administration has 390 pistols, 122 shotguns and 200K rounds of ammunition currently in inventory. That is in addition to the weapons carried by the (rented) security people who protect their premises. Is there a burning need – that we’ve paid for?

CNN has run with the story of witches, angry with President Trump for calling the Russian Collusion a “witch hunt”. Maybe a better term would be “snipe hunt”? It wouldn’t anger the witches (all Democrat constituents) and it would be even more apt. I mean, calling it a greased pig grab doesn’t work because there’s no greased pig. It’s not a wild goose chase because there’s not even one wild goose.

(LINK) Commander Salamander’s Blog discusses 28 years of continuous war, during which I was a participant from time to time. The reason for war (free flow of oil at market prices) doesn’t really apply anymore (as he points out) so we fight in the Middle East – why? Inside every slimy desert dweller is there a freedom loving, hard working American trying to get out? Hardly. Grist for thought as we enter a new year.

A Tax Will Fix It

The cost of living in California is 52% higher than the national average. And more taxes are on their way in 2019 in the Golden State in an effort to handle necessary income redistribution to fight global warming.

The latest trend is to explain global cooling by blaming global warming. Arctic sea ice is the highest in 10,000 years, do to global warming that is bringing on a new ice age. Meanwhile, energy from the Sun has reduced to a much lower ebb — creating less heat arriving at the Third Rock.
New Year’s Resolutions

They may not stand for long, but here they are, such as they are:

I will not acquire a dog or a cat. I know that there are a lot of dog lovers who read this blog, but it’s like bringing in a one year old kid who never grows up, and ties me down. It’s difficult to travel with a blog. Our fellow blogger, Jules Smith, has a lizard. I don’t think that I’ll get one of those either. I have grandsons and granddaughters who will visit and fill those needs quite nicely.

I will slow down work obligations by mid-summer. It’s time to power down and go gentle into my dotage rather than dealing with work, when I really don’t need to do it.

I will buy at least two new rifles and will practice with them.

How’s that for brief and to the point?