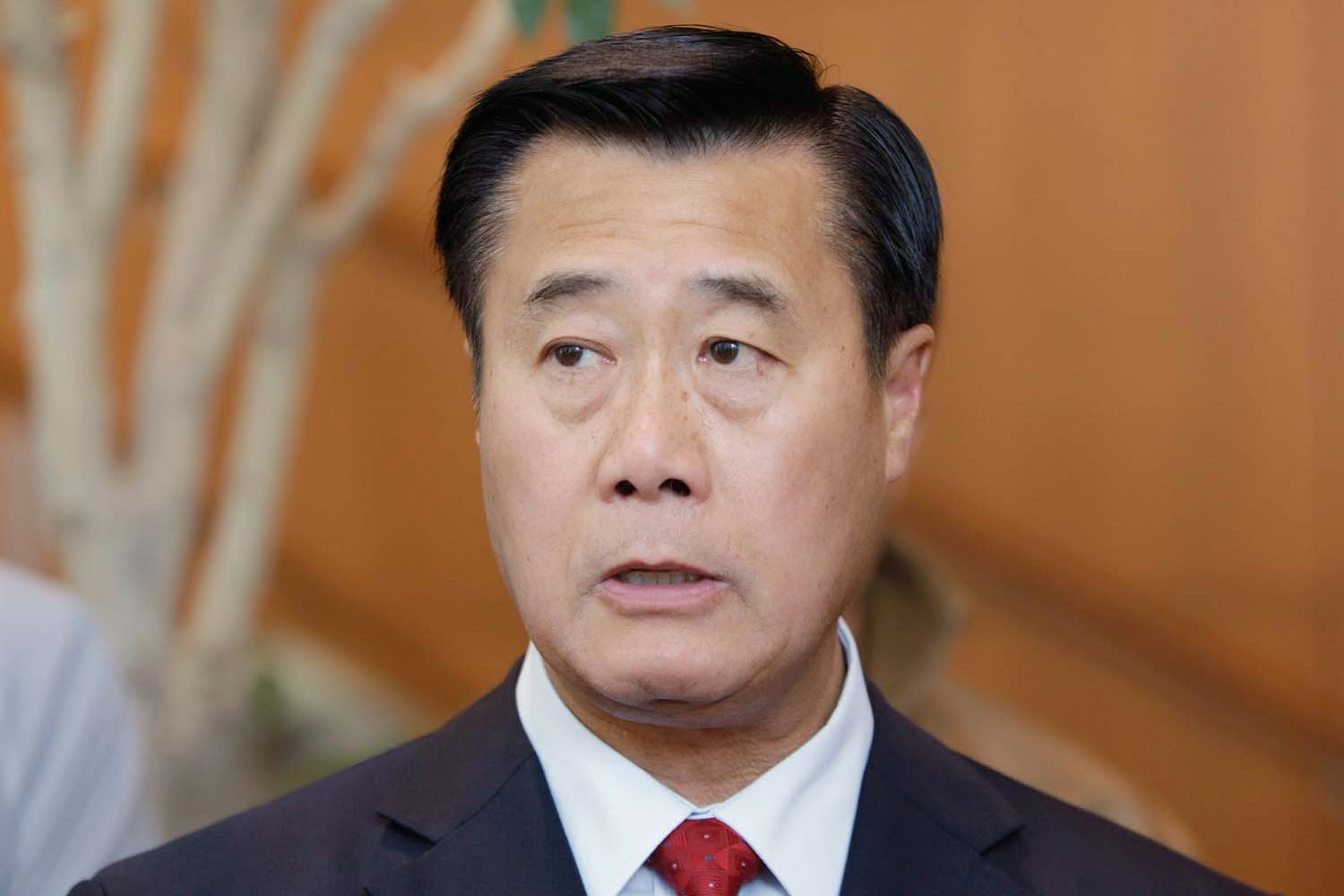 Facebook
Twitter
Pinterest
WhatsApp
Those opposed to gun control make the argument that by government controlling the actions of legitimate firearms owners exercising their Second Amendment rights, it puts them at a disadvantage when they are confronted by criminal organizations – and in San Francisco, that would be Asian gangs and Triads.
Are you shocked that one of the California’s foremost champions of Gun Control, State Senator Leland Yee runs with and is paid by Chinese Organized Crime?
Isn’t it ironic? Karma is not an easy mistress as California State Senator Leland Yee is learning.
Senator Lee has never met a gun control measure in California that he did not favor, however, apparently he is not so opposed to triads and criminal organizations arming themselves to prey on the general (disarmed) law abiding public.

(Fox News) State Sen. Leland Yee, an outspoken Democrat who is a gun control and open government advocate, was arrested Wednesday on charges he conspired to traffic in firearms and traded favors in Sacramento for bribes. He was allegedly taking bribes from men who turned out to be FBI agents.

Yee, who is running for secretary of state and currently represents half of San Francisco, was being held on $500,000 bail after appearing handcuffed and shackled in federal court.

He was charged with six counts of depriving the public of honest services and one count of conspiracy to traffic in guns without a license. He’s also accused of trying to help an undercover agent obtain weapons from a Muslim rebel group.

Senator Lee is apparently the ‘legal arm’ of Raymond “Shrimp Boy” Chow’s triad, operating between Hong Kong and San Francisco. How sweet for Lee – or at least it was. Not so much anymore.

According to the FBI’s 137-page complaint, Chow and five other defendants laundered $2.3 million for undercover agents between March 2011 and December 2013. According to the FBI, the defendants were told the money came from crimes like illegal gambling, drug dealing and marijuana growing.

Chow, who was previously convicted on gun charges, was recently celebrated by the Chinese community in the area as an example of successful rehabilitation.