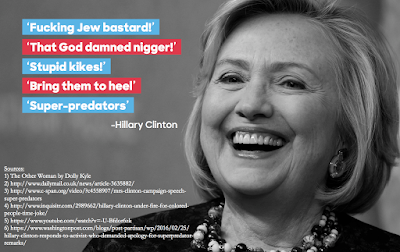 Facebook
Twitter
Pinterest
WhatsApp
If you read any article in any mainstream newspaper in America, or listen to any news program on the mainstream media (which isn’t really news, it’s commentary designed to influence outcomes rather than report on events), you can’t avoid the refrain, “YOU’LL BE SORRY”. Progs in the Ministry of Truth hate nothing worse than people ignoring their erudite and illuminating prose. Such was the case with the election of President Trump – and the down-ticket race which handed the Senate and the House of Representatives to the Republican Party. America didn’t care what the media had to say. Some cynics even feel that the entitled, overpaid, smug, metrosexual media convinced the homophobic, Islamophobic, sexist, deplorable people in “fly-over country” to vote for President Trump because of the media’s shameless and non-stop trashing of candidate Trump.

Barack’s plea to those homophobic, sexist, racist, deplorables was simple: “If you elect Donald Trump, you repudiate my legacy.” Oooops.
Post-election the Democrat Party blames the failure of an entitled white (criminal) woman to ascend to the presidency due to racism. I would accept a cry of ‘sexism’ because Hillary Clinton (the Bitch of Benghazi) is a woman, but that’s not what they’re saying. The Democrats say that Hillary lost to Trump because (even though they are both white and about 70 years old) of her race. That makes no sense at all. Not even considering that the progs are saying it. 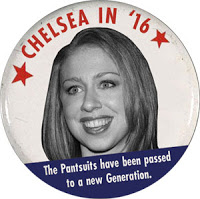 I mentioned this to a prog that I know. He scratched his head and said (tongue in cheek), “Bill Clinton is known as ‘the first black president’. Hillary married him and that makes it a mixed race marriage.” It goes to show that some progs don’t take the mainstream media or the Clinton campaign any more seriously than America in general did. The prog continued, “That might work for Chelsea Clinton, who is the last hope for a Clinton dynasty now. She can run for office as a half-black candidate the way that Obama did. From a Democrat’s point of view, she’s every bit as black as Obama.”

You may be saying to yourself that the prog doesn’t sound very progressive, but he’s a social justice warrior, intent in waging a war on the weather and redistributing other people’s money. He’s just disgusted with the Clintons, who he recognized to be a ‘criminal cabal’.

Returning back to the basic theme here, what of the media? I read an article this morning in the Boston Globe, wherein the “you’ll be sorry” theme was pushed forward yet again to the people of Boston and Massachusetts, who ironically voted for Clinton over Trump. He preached to the choir – which is something that the Editorial Staff of Virtual Mirage does on every Sunday Sermonette. Does that mean that the Boston Globe envies VM? Maybe, when you consider the scant readership of the Globe these days.
An article on Fox News, written by a Democrat, offered an interesting perspective. Though a Democrat, he’s not quite part of the mainstream media, and he’s a former CIA ops officer, which is why his reasoned article makes sense.

(Fox) During a shouting matching Thursday night between top aides of Donald Trump and Hillary Clinton, the President-elect’s campaign manager Kellyanne Conway summed up a key reason for why my Democratic Party lost – and will likely continue to lose. “There’s a difference for voters between what offends you and what affects you.”

…During the election, Secretary Hillary Clinton levied a million arguments for why Trump wasn’t fit for the presidency. He was accused of hating women, gays, Latinos, Jews, Muslims, and overweight beauty queens. He had a bad temperament. He was a Russian spy. He bankrupted contractors. He hadn’t paid taxes since the 1980s. His skin was orange and his hair fake.

Since the election, we’ve stuck to the same script. His chief strategist is a white supremacist. His cabinet picks are Islamophobic. His business interests are in conflict with Washington protocol.

But guess what? Most voters didn’t – and still don’t – care. In the Rust Belt and rural communities, they have bigger problems to tackle. Idle factories, saw mills, and coal mines. Families falling apart from opioid addiction. Incomes that have less buying power than 40 years ago. Kids living at home because they are swamped with student debt.

They’re running out of hope.

America dodged a bullet. We could have been stuck with the evil and repellant Hillary Clinton and all of the damage that would have caused the nation. But I don’t know that the mainstream media will ever recover.