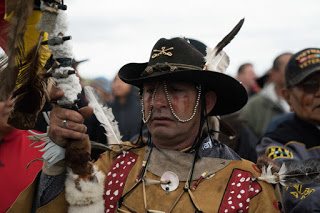 Facebook
Twitter
Pinterest
WhatsApp
The protest at the Standing Rock Indian Reservation, North Dakota, of an oil pipeline that does not cross their land, is something that I’ve had difficulty understanding. A prog friend of mine was supporting it until I reasoned with him. Now he’s quiet.
Part of the problem is that there are no responsible news outlets to report the story fairly. That’s why you have Virtual Mirage and its crack editorial staff.
Freak Show
What started out as a protest by Indians has become a lode stone that has brought professional protesters like holy men including Rev. Jesse Jackson and Rev. Al Sharpton (on his farewell tour prior to leaving the US to avoid prosecution for tax fraud). It’s also brought an army of mostly aging white hippies, trying for one more go-round at protesting before they croak. Indian protesters are now voicing concerns about their Caucasian co-demonstrators. Is that racist? I think so, even though nobody asked me.
Indians have taken to social media, claiming that social justice warriors are arriving at the Standing Rock demonstration for the “cultural experience” and are treating it like Burning Man festival. The Indians have complained that the white people are playing guitars or beating drums and interfere with that sort of music being played by official Indians. The hippies also chant at inappropriate times, and that disturbs the Indian’s chi. 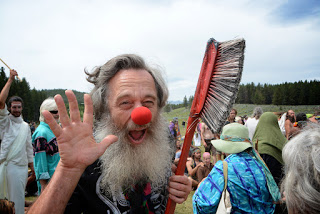 When the Sioux first started the protest, they didn’t intend it to become a forum on gender identity speeches around their sacred campfires. And they didn’t expect the hippies to eat all of their food and scat all over the reservation. But such are the ways of hippies. The Sioux elders must not be old enough to recall the sixties. Or maybe they never visited Austin, Texas or San Francisco, California.


White People are Ruining the Protest

If you are going to host a protest, you need to have a way to filter out the hippies, little better than raccoons (trash pandas), who are attracted to these sorts of gatherings.

(Washington Times) “I Need to get something off my chest that I witnessed and found very disturbing in my brief time there that I believe many others have started to speak up about as well. White people colonizing the camps,” Alicia Smith said in a Facebook post.

“They are coming in, taking food, clothing etc and occupying space without any desire to participate in camp maintenance and without respect of tribal protocols,” she wrote. “These people are treating it like it is Burning Man or The Rainbow Gathering and I even witnessed several wandering in and out of camps comparing it to those festivals.” 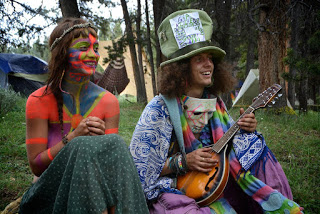 Her Nov. 14 post, now making the rounds on social media, said outsiders are “literally subsisting entirely off the generosity of native people (AND YOUR DONATIONS if you have been donating) who are fighting to protect their water just because they can.”
Standing Rock Sioux Chairman David Archambault II, who is leading the protest, raised concerns about sanitation in a Nov. 23 interview with Vice, saying activists are “digging pits out there for their human waste.” “That’s a flood zone,” said Mr. Archambault, referring to camps on federal land along the Cannonball River. “So when the floodwaters come up, that waste is going to be contaminating the water. We’re no different than the oil company, if we’re fighting for water. What’s going to happen when people leave? Who has to clean it up? Who has to refurbish it? It’s going to be us, the people who live here.”

The only thing keeping the hippies from running around naked at the protest this month is the bitterly cold North Dakota winter weather (which has not been impacted by global warming yet).
A couple News reports to consider: 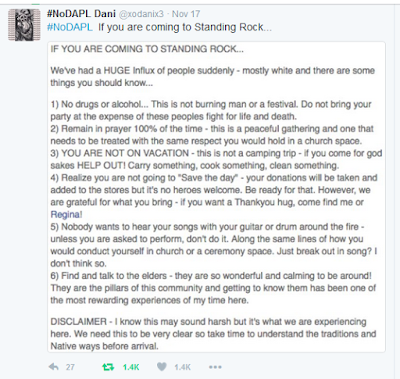