You Can’t Eat the Sunshine 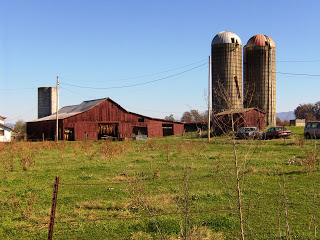 I’ve had several acquaintances leave the country for the big city and they found life in Los Angeles to be exceptionally difficult to accept.  There is a comfort to living in the country where everyone knows you and you know everyone else. To me it also flips the other way as well with people know almost everything (to include what you buy at the local store) about you and what you are doing.
It’s easier to find paying work in the city. Every rural town seems to have at least one well heeled person, and the ratio is higher in the cities but the trade-off is more profound in the city. At least that’s how I see it.
Neighbors might as well live on a different planet. I don’t know most of their names. The recent influx of mosque-attenders have made that even more the case. And other than Mohammed, the Muslim-Next-Door (who lives behind me and to one side), who became aggressive and required instruction, I have no idea of their names, let alone their hopes, dreams, etc. And they don’t know me. It’s not like that in the country. The widow goes unnoticed in the city and she ends up in assisted living because there are no neighbors to help and more than likely her children are living in a distant city, cocooned in their own lives.
The country people that I knew who moved here didn’t stay long. The alien landscape ended up becoming too much to accept.
I’m not suggesting that you can’t make friends in the big city. You can, and the network you can establish can wrap around the planet a few times – but you don’t necessarily know your neighbor.
There are tons of country kids who make it in the big city. And there are a lot who fall through the cracks and end up going home where people wave at them as they pass.
Just an observation. There’s nothing like returning to a place that remains unaltered to find how you have changed.