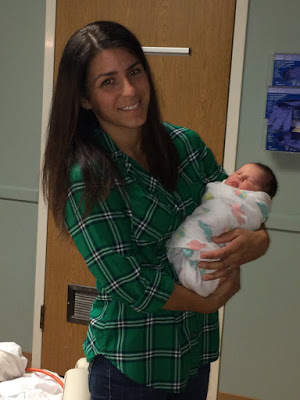 It’s been quite a week.
+1
(left) My oldest daughter, Amanda, holds her sister Kelly’s little girl, Olivia.  Having four girls means that I never get asked questions about baby care or postpartum issues. They handle it in-house without bothering grandpa.
Olivia Rose brings to three the number of granddaughters that I have living under my roof. I also have two daughters.
They are all on notice that I need to sell the place in order to make the big move to Arizona, but none of them are making preparations to get underway. It’s a big house with six large bedrooms and four bathrooms, so they’re comfortable…too comfortable.
Trump on the Move 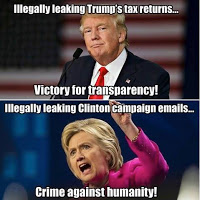 The polls are showing momentum for Donald Trump even as the Dems try to find strippers who will perjure themselves saying that Donald Trump said something to them or pinched their ass two decades ago or longer. The WikiLeaks keep coming and the Clintons look just as filthy as ever. I don’t think that they could be MORE filthy than ever. That would take a real leap. Slick Willy’s current mistress, the Energizer Bunny, is in the news again and — well, who can blame him? Hillary…really, who’d touch her?
Nobody cares about Trump’s tax returns. He’s a rich guy who didn’t pay any more than he had to. WikiLeaks is something else and despite the blockade of the Ecuadorian Embassy in London, they’re still getting out and Hillary is being blaggarded by her own words and those of her closest advisors.
Will this surge be enough to put Donald over the top? I hope so.
Fact Checking:
There is a lot of liberal bias in fact checking this election season. This has been checked and it’s valid: 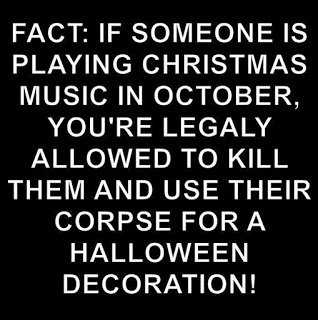