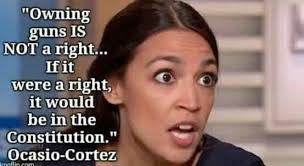 Facebook
Twitter
Pinterest
WhatsApp
Woman, Man or It?
CUBE posted an interesting question on her blog. You should check it out. It seems that women born as women, even if they identify as lesbians, now object to men competing in women’s sports as women. The objections are odious and downright wrong. WE ARE ALL EQUAL. (more here)
This is the comment that I made:

I don’t think that men should have to take hormones to identify as female athletes. Men can wake up every morning and decide which of the 31 gender options (officially recognized by the State of NY) that they are – that day – or maybe just that morning. If they want to compete against women, since we’re all equal, that should be considered fair. To look at any other way would not be progressive. To be fair, women can do the same thing. One day you’re Samantha (sitting to pee), the next day you’re Sam (standing to pee at the urinal next to “the guys” as best you can) and the day after you’re one of those other pronouns that are demanded that we somehow divine or douse, and are expected to use, trying to figure out whether to sit or stand.

I have been expecting to see female line-persons at the NFL. You’ll note that there was not one person, born as a woman, who played in the Super Bowl. How un-inclusive is that? Denying women, born as women a place on the Ram’s defensive line is like denying global warming, or saying that the Ayatollah’s beard is a fake, stuff like that.

“Boys who identify as girls have been defeating biological girls in high school track and other sports in recent years. In one bizarre case, a high school boy who identifies as a girl won two girls’ state championships — as a freshman.” (PJ Media)

Going forward, it should be “let the best athlete win”. There should be no discrimination!! Furthermore, hormones, steroids and performance enhancing drugs should be banned completely.
As a high school boy, I was denied entry into the girl’s shower. How things are changing.

(Fox News) Liberal icon, Rep. Ocasio-Cortez (D-NY) says that people should be asking, “Is it ok to have children?” Her contention in a nutshell is simply this, ‘if we’re all going to be dead in twelve years because of global warming, why bother?’ I usually don’t quote this puerile, foolish congress-person but she doubles down on stupid every-damned-day. By pushing the Democrat Party into full communist mode, she may be the best the best hope that the Republicans have to maintain power.