Will you Wear the Rag? 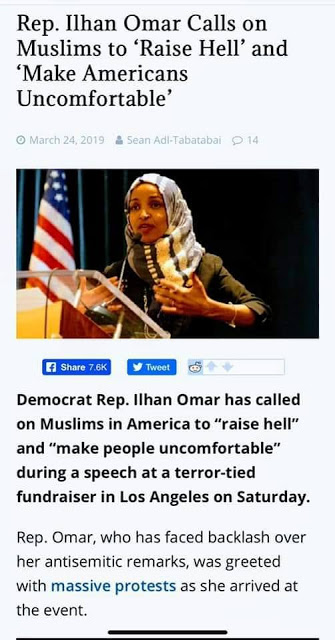 A difference of opinion or a clash of culture or both? You be the judge.

Imagine how the press would have reacted if somebody had said that Americans need to “raise hell and make Muslims uncomfortable?”
In rural Arizona, where many people open-carry, it would likely be a mistake for Muslims to go into a steakhouse wearing their traditional clothing and scream “Aloha Snackbar” or whatever. Raising hell could all too easily turn into “sending them to hell”. (You don’t see a lot of Muslims here, stirring up shit) 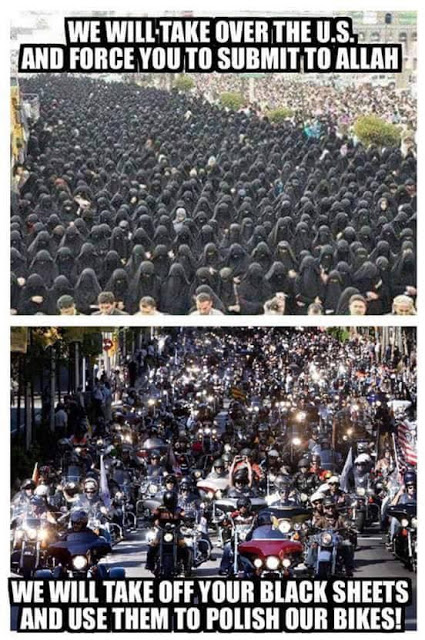 This trend to pit one group against another is that it has been a tactic of Muslims traditionally and it has worked in much of Western Europe (Eastern Europe has a different take). Whether or not it will work in the US remains to be seen, but my sense is that Omar and her Muslim followers may have played their hand too early. They need another hundred million or so of their kind if they expect to succeed.