Lots of Space in Space 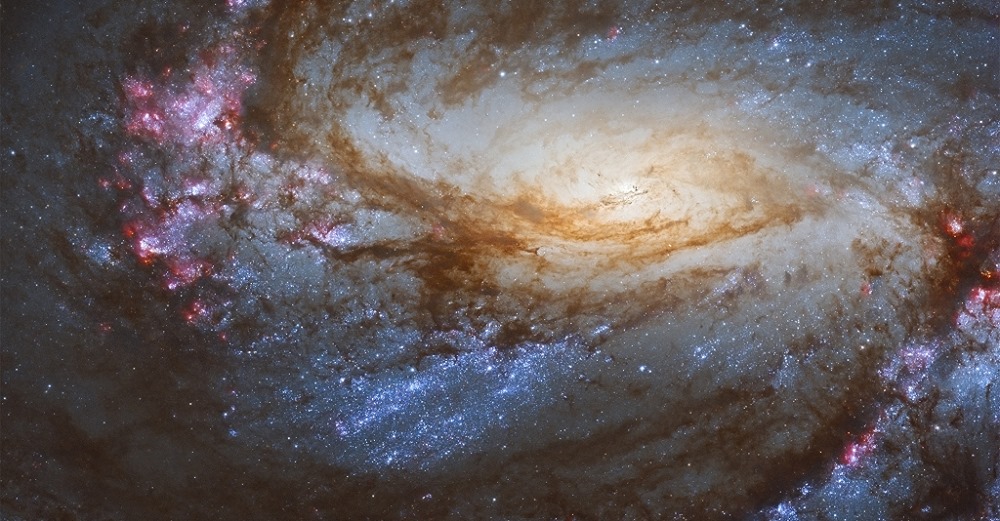 Explanation: Big, beautiful spiral galaxy Messier 66 lies 35 million light-years away. It is similar in size to the Milky Way. This reprocessed Hubble Space Telescope close-up view spans a region about 30,000 light-years wide around the galactic core. It shows the galaxy’s disk dramatically inclined to our line-of-sight. Surrounding its bright core, the likely home of a supermassive black hole, obscuring dust lanes and young, blue star clusters sweep along spiral arms dotted with the tell-tale glow of pinksh star forming regions. 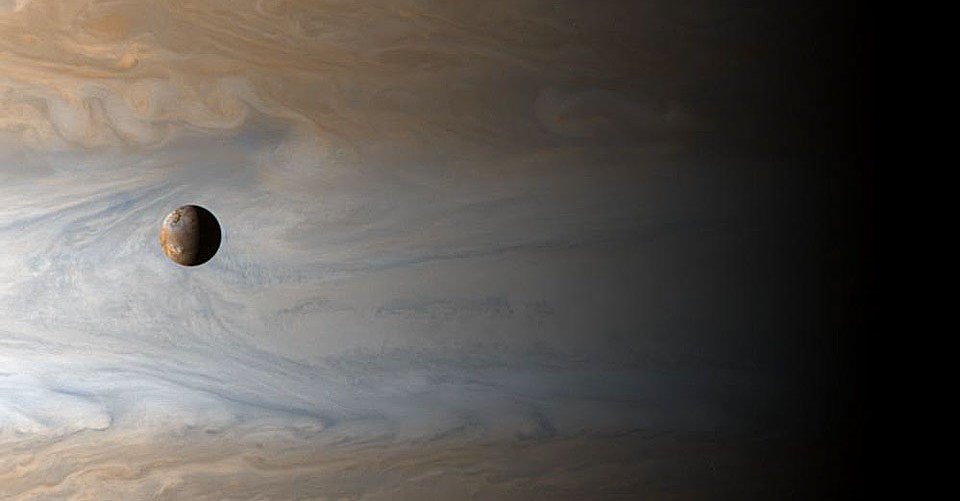 Jupiter is king of the planets. It’s huge, it’s bright in our night skies, and even four of its comparatively tiny moons are bright enough to see with the most basic of telescopes. We’ve sent nine probes either into orbit or on a close flyby of the planet. And yet, as recently as this past year, we discovered twelve new moons around Jupiter, bringing the total to 79.

Most of the 79 are irregular moons, and these make up the vast majority of Jupiter’s satellites. These tend more toward potato shapes, and their orbits are often eccentric, tilted, or even retrograde, meaning they fly backwards to Jupiter’s spin. Most are probably captured asteroids or the results of long-ago collisions of larger bodies — perhaps past moons of Jupiter. They’re tiny and tend to orbit farther out from Jupiter than the regular moons. This makes them much harder to spot. One of Jupiter’s newest moons orbits prograde (normally), but since it’s among the retrograde (backwards) moon group, it’s probably marked for a deadly collision before too long.

Scientists have just shown that the influence of Saturn’s satellites can explain the tilt of the rotation axis of the gas giant. Their work also predicts that the tilt will increase even further over the next few billion years. 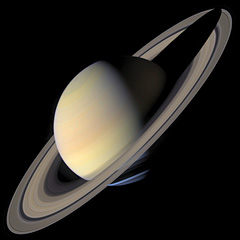 Recent observations have shown that Titan and the other moons are gradually moving away from Saturn much faster than astronomers had previously estimated. By incorporating this increased migration rate into their calculations, the researchers concluded that this process affects the inclination of Saturn’s rotation axis: as its satellites move further away, the planet tilts more and more.

The decisive event that tilted Saturn is thought to have occurred relatively recently. For over three billion years after its formation, Saturn’s rotation axis remained only slightly tilted. It was only roughly a billion years ago that the gradual motion of its satellites triggered a resonance phenomenon that continues today: Saturn’s axis interacted with the path of the planet Neptune and gradually tilted until it reached the inclination of 27° observed today.