Why Mitt Romney will be the Republican candidate in 2012 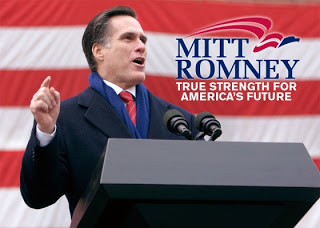 Facebook
Twitter
Pinterest
WhatsApp
There’s a lot of political buzzzz in media circles as the mainstream media struggles to remove Herman Cain from the Republican gene pool. It simply wouldn’t do for a half-black man to run against a black man for president. What would that do to affirmative action? What would that say about America? It is a liberal’s worst nightmare. The mainstream media will keep pounding on Herman Cain – like an unwanted stepchild. (Palin scenario all over again) Herman is not ready to be president anyway, but the mainstream media isn’t concerned with that – just as they weren’t concerned about Obama’s dismal lack of qualifications.
But this blog post is about Mitt Romney, not Herman Cain. And it’s not about Rick Perry, who is trying to learn to debate and figure out what to say while he’s running. Because there is a steep learning curve in the race to be president. You have to nail those talking points down. Rick didn’t know that before he started out on this and he’s ended up looking less than qualified. Newt Gingrich has surged in the polls because people have jumped ship on Perry and they saw Herman failing and didn’t like Mitt enough to want to vote for him. But Newt won’t be nominated for president by the Republican Party. You heard it here first… (maybe not first)

It comes down to the comparison between Romney and Obama, because that’s who will be left standing next year when all of the shouting dies off and the race begins in earnest.
Romney (unlike Perry) has been running for president for the past several years and has a smooth machine in place. He’s thought through the issues with his brain trust and they have a line to promote that doesn’t take a firm stand anywhere. It makes political sense while infuriating groups like the Tea Party who want to see a conservative scrapper take on Obama and the establishment left. Unlike Cain, he’s not black (not a threat to the establishment media’s ability to define one candidate as opposed to another) and he’s a genuine RINO. He’s every bit as liberal as John McCain and looks more presidential than McCain. If that makes the American voting public seem shallow – recall that they put Barack Hussein Obama in the White House.
The average American mistrusts Obama at just about every possible level and Romney will appear to be that firm, steady, just slightly right of center candidate who gives them a comfortable alternative to the seated president.
There’s not a lot to hate about Mitt Romney because he hasn’t given America anything to hate about him, unless you simply hate Mormons in a generic way. And most people don’t. Not anymore than they hate Black Liberation Theologists like Barack Obama.
Romney will appeal to voters by promising to bring a palatability to government and by removing the radical change-and-rearrange Obama socialist movement that flopped so badly. He will also offer home for an improved economy while Obama is running with double digit unemployment in place. In short, Romney will be the Republican Candidate because he’s not making mistakes. He’s been running for a long time and he knows what to do and what not to do in order to win. And Romney quite simply intends to win.

Meanwhile, Obama is trying to reinvent himself (yet again). 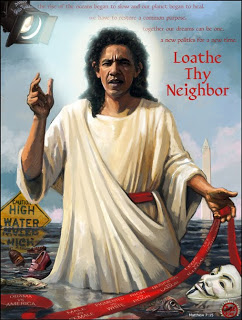