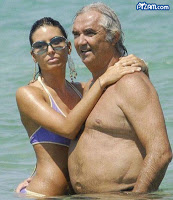 Facebook
Twitter
Pinterest
WhatsApp
I’ve heard a lot of buzz about the Mexican drug cartels moving into Central America. It’s not news because they’ve been there for a long time. What is newer (though not exactly new) is the trend for Mexican narcos to buy estates/ranches/estancias in Central American countries to avoid the narco-politics and hassles in Mexico.

And while a vacation in Bloody Mexico is clearly ‘the antidote for civilization’, you can rub shoulders with a lot of famous and not-so-famous drug kingpins when you visit Central America. But usually they’re on vacation too posing as ‘industrialists’. That means that ‘you’ may not get your first choice in seating at the best restaurants, but you can dine with confidence because the bodyguards will shoot first and ask questions later if some ‘suspicious outsider’ tries to worm their way into the restaurant where you are seated.  You see a lot of age disparity both with vacationers and narcos when you visit hotspots in Central America.

“Guatemalan President-elect Otto Perez Molina told Mexican newspaper El Universal on Nov. 9 that he plans to engage drug cartels in a “full frontal assault” when he takes office in 2012. The former general said he will use Guatemala’s elite military forces, known as Los Kaibiles, to take on the drug cartels in a strategy similar to that of the Mexican government; he has asked for U.S. assistance in this struggle.”

Even the Central American governments are trying to cash in on the chase to apprehend narcos now. It makes sense when you think about it. The USGOV doles out cash and helicopters (used for joy rides mainly) and when groups like Los Kaibiles apprehend a narco, they expect a bribe to let him go. So it’s really a win/win for nations such as Guatemala.
Do I sound like a cynic?