Why I Joined the Tea Party 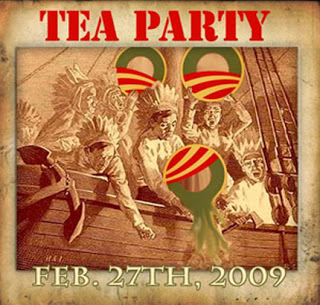 I’m not a cause person. I don’t join clubs nor could you even consider me a “fringe” player by any stretch of the imagination.
I started working after school at age 14 and have been working ever since.
I served in the US Military, became an officer and fought in both large and small wars. Men around me were killed but I survived. They died because they believed in the United States, they honored the people who live on free soil today and gave their last full measure of devotion.
I retired from a district attorney’s office and then started a business. Today I’m a small business owner. 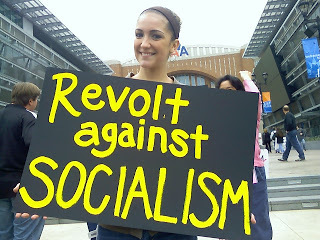 I’ve raised four girls and have two (and a half) grandchildren.
So you might dismiss my credibility because I’m one of those people who insensibly clings to God and guns in this enlightened age where it’s all gone out of fashion.
I listen to the Old Media on the evening news and know that they lie — all the time. And I’m tired of it.
I listen to Washington Politicians who don’t want to debate a single spending bill – and “deem” them passed because they are in the majority. Nobody reads the big ones, they simply whore their vote to The Party. And they claim to represent me.
So I showed up at the first Tea Party rallies. They were not racist events, they were not Islamaphobic events, but they were groups of people who took time off work to stand and be counted. 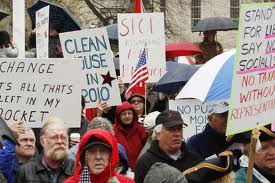 The Tea Party believes that government is too big, and that decisions should be made at the LOWEST possible level in our federated system to make people accountable. They believe that the people in Congress have lost focus and don’t know who they represent anymore. They are not pro-Republican or pro-Democrat, but they’re clearly opposed to the vile place that our constituted officials are taking the country. They’re constitutionalists for the most part and feel that there’s no place for Marxism or socialism in our nation’s leadership.
The Old Media makes a big deal about what the Tea Party believes or doesn’t believe, and they do this because they really hate us. The fact is that the Tea Party isn’t a political party. There is no leader. There are no meetings. There are no dues paid. There is no roster. There is no slogan or tag line that you can sling on the people who are part of it.
When you go to a Tea Party event, you’ll find people of all races with signs they made themselves. Usually, they had to take off work to attend. There are no union busses with paid union thugs and machine made signs there. There are more women than men in my experience. The participants reflect the national racial demographic. All faiths are present. Jews, Protestants, Catholics, Mormons, Sikhs, and even Muslims. If you say, “hi”, they’ll say “hi” back and at the end of the day, they’ll pick up any trash they find and they’ll take it with them. They are people who don’t feel a sense of entitlement. They are people who under other circumstances would just as soon NOT show up at a political demonstration. In the main, they are the same type of people who stood on Lexington Green and faced the red coated British troops. They’re doctors, shop owners, lawyers, brick layers, carpenters, school teachers, police officers, disabled veterans, nurses, bakers, etc.  And because of that, they terrify Washington.
They are willing to work to oust Republican Party hacks who are part of the problem.  They are willing to vote out anyone who promotes socialism as a preferred method of government. Let the chips fall where they may.
There are more now and the numbers swell with every dastardly act by a run-away Congress.