Once upon a time, the women’s Movement and the civil rights movement stood up proudly to support and encourage their respective constituencies to stop being victims and to stand up for their rights under the law. Equality then meant equal opportunity to achieve, not equal outcome.
For too long, that promise had been withheld from these groups. The idea was that women and any minority should enjoy the same basic freedoms and equal opportunity in a country that prided itself on the right to life, liberty, and the pursuit of happiness for every individual. In America, all human beings, regardless of their gender or color or religion or ethnic background should enjoy the blessings of our liberty and be free to pursue their happiness.
America’s founding fathers were light-years ahead of their time and they left a way to amend ‘wrongs’. The American ability to compromise on important issues and their capability to find an acceptable path kept the nation together and made it stronger. Though imperfect at times, compromise is often a process rather than an absolute.
“I am woman, hear me roar–in numbers too big to ignore….” That was the motto in the 60’s. Feminist intellectuals argued that women need NOT be victims; and feminist activists told all women to stand up and live up to the best within themselves; and insisted they be judged not on their gender, but on their merit and capabilities.
The Feminist Movement has never realized that the mission had been mostly accomplished. The women who want to become professionals, or do anything for that matter, can do it, including becoming wives and mothers if they choose. The war is won, but the Feminist Movement continues to battle on, oblivious to that fact.
Why?
The modern Women’s Movement exists to enable and expand the cult of victimhood that they have created among women. Feminists have now dedicated their lives to convincing women that they really don’t have any power; aren’t capable of living and working equally among men; and encouraging them in demanding the “rights” that will ensure women who embrace their party line will be regarded by any person of reason and responsibility as complete losers and whiners. 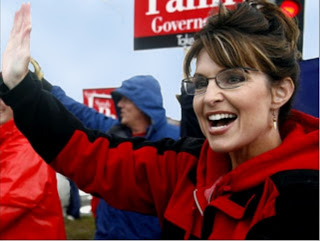 Today, Feminists must be Democrats, firmly standing to the left of mainstream America. If you’re not, you are not a woman who counts. Consider Sarah Palin, the woman that the Feminists continually seek to co-opt and demonize. If you happen to disagree with them on any issue you don’t count and are instantly labeled a traitor to your gender; and their most vile and derogatory remarks are reserved especially for you.
Feminists today are not happy campers. In fact, as women advanced and made real progress and became less discriminated against; broke those glass ceilings etc., the feminists that once cheered them on became more and more shrill and irritable. Women’s success and achievement of equality of opportunity meant that the feminist movement itself was becoming irrelevant!
Where once they wanted to erase the real barriers that prevented women from being all they could be; now, the feminists demanded that reality itself must bow to their demands. They insist that real biological or physiological differences between women and men don’t exist and that to address these differences is blatant sexism. They have basically identified reality itself as one of the key “oppressors” of women. 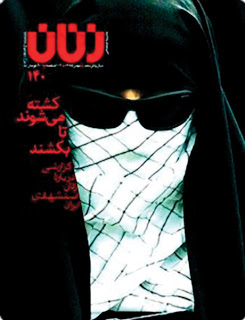 photo courtesy of Atlas Shrugs (Pam Geller)
The modern Feminist’s movement has insensibly embraced Islam fully and completely. Islam is the single greatest oppressor of women on the planet. Women undergo forced clitorectomies in the millions, women are subjected to treatment that most of us would consider SLAVERY in the Islamic World, women don’t have any rights at all in these countries that the Feminists seem to embrace (from a distance).
I just don’t get it.