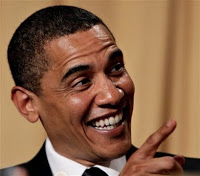 Facebook
Twitter
Pinterest
WhatsApp
Mexico is a very violent place these days with MOST of that violence going unreported in the press. Much of that under-reporting can be attributed to retribution against reporters who tell a story that the cartels don’t want to have told.

FOX NEWS carried a story today about the Hartleys, a husband and wife on vacation from Colorado, who were jet skiing on Falcon Lake, Texas. Falcon Lake is a dammed section of the Rio Grande that straddles the border. The border is marked by 14 partially submerged concrete towers that mark the Rio Grande’s path before the lake was created in 1954. Mexican pirates operate on the lake, robbing Americans at gunpoint and the murder of a Colorado man seemed to be treated as — business as usual. His wife barely survived.
Last Thursday, gunmen kidnapped 22 men who were traveling together in Mexico’s Pacific coast resort city of Acapulco, authorities said Saturday. The group was looking for a place to stay when they were abducted according to Fernando Monreal, director of state investigative police in Guerrero state, where Acapulco is located. 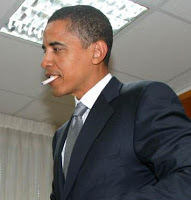 (FOXNews.com) After Rober Krentz was gunned down while tending to his ranch Saturday morning, police suspect an illegal immigrant is to blame and a $15,000 reward is being offered for information by the Arizona Cattle Growers’ Association leading to an arrest. Cochise County authorities believe Krentz was killed by an illegal immigrant who then fled to Mexico. Foot tracks were identified and followed approximately 20 miles south to the Mexico border by county, state and federal authorities.
The Obama Administration doesn’t seem too concerned that Phoenix is the leads the world in kidnappings (per capita) and is only exceeded by Mexico City in absolute numbers. In fact, I have YET to hear outrage from the American President over this situation — that may be because he wants to see the kidnappers become American Citizens so they can vote for the Democratic Party candidate of their choice.
The situation in Mexico is completely out of control. I don’t think there’s anything that we can do about it but it can be remedied on the US side of the border by creating a quarantine zone along the border and by deporting illegal aliens found in the US.
Thereafter guest worker programs and orderly/managed border security will keep these undesirable elements OUT of the Untied States.