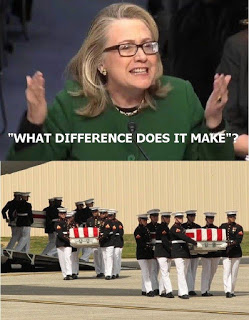 Facebook
Twitter
Pinterest
WhatsApp
My thoughts on the terrorist attack on September 11, 2001 revolve around unfinished business. I realize that justice will always be illusive in this regard because those behind the attack were funded by key members of an allied government/royal family in Saudi Arabia. The Saudis offered blood money for the murdered, and I understand that’s how it’s handled there. It’s a little different here. Eventually those of us who remember will die off as will those who financed the attack and it will all be ground into dust.
But that day is not today.

I have similar feelings about the attack on the CIA Base and the Consulate in Benghazi that occurred on the anniversary of the attack on the World Trade Center, the Pentagon and the abortive attack on the White House.
That attack can be laid at the feet of Hillary Clinton, but the political machine will never allow that to be pursued properly and will never allow the execution of Hillary Clinton for treason. So we won’t get justice there either. The Clintons have a lot of dirt on a lot of people.
The perjured, physically dirty, spiritually dead woman who testified at the hearings and who lied to the families of the dead should have been locked up at the very least and should have been kept for every holding a position of honor, trust or profit in the US.
And I recall all of that today.
Unfortunately I know too much, and there’s a lot of innocent American blood splattered across the map and we left a lot of treasure on the field. We’ll leave it at that.
Today is a day for remembering.