I watched the Chronicles of Roddick on Cable TV. In the film, they play a game called, “Who’s the better killer?” The purpose of the game, as the name suggests, is to kill in more effective and more creative ways.
Who is the better killer?
The entries for the purposes of this blog and your Sunday Sermonette are as follows:
ISIS 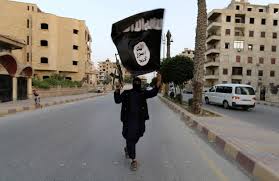 (The Mirror) The terrorists proudly torch people alive, behead them, stone them to death, rape women they have abducted and a host of other atrocities. Now they may have added to their sickening list of crimes.

The killer thugs of ISIS may be selling the organs of enslaved Yazidi women to fund their murderous campaign in the Middle East.

The terrorists proudly torch people alive, behead them, stone them to death, rape women they have abducted and a host of other atrocities.

Now they may have added to their sickening list of crimes by selling human body parts to fund their twisted caliphate.

A report by the Middle East Media Research Institute, which monitors ISIS supporters online, says militants openly discuss the topic of slavery on social media. The reports states: “These social media conversations also reveal information on where and under what conditions the women are being held, on the going prices for them, and even on other issues relating to them – such as possible trafficking in human organs.”

On 7 December 1941, the same day that the American naval station at Pearl Harbor was bombed by the Japanese, the first extermination camp was opened at Chelmno near Lodz by the SD and SiPo commander in occupied Poznań (Posen), then SS-Standartenführer  Ernst Damzog. Damzog had personally selected the staff for the killing center and later supervised the daily operation of the camp which was under the command of SS-Haupsturmfurher, Herbert Lange. Over a span of approximately 15 months, 150,000 Jews (men, women and children) were killed there.

While it is true that the Nazis picked the gold out of people’s teeth and formed hair cut from mainly Jewish heads into bales for industrial purposes, they didn’t cut apart the bodies and sell the organs. Technology just wasn’t there yet.

Fueled with funding from the US Taxpayers, and citing the bulk of their offices in minority neighborhoods, they’ve been able to rack up a body count of 125,000 per year (average), which is slightly more than Hauptsturmfurher Lange was able to accomplish. And while ISIS boast marketing organs from sex slaves (presumably once they’ve been burned out as useful slaves), there’s no way that they are harvesting the number of organs that Planned Parenthood is.
Planned Parenthood designed a better mousetrap, thus they win. They are clearly the better killers. They can keep their client women coming back time and time again, offering up their babies for dissection  and sale. Even though what they are doing is illegal, they’ve bought political top cover from the American government. PP is even considered trendy and avant garde. Hollywood stars endorse them and both Barack Obama and Hillary Clinton condemn anyone who is against murdering babies and harvesting their organs for profit as “engaging in a war on women”.