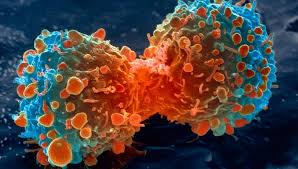 It’s like swallowing cancer cells, if you ask me.

Germany is doing the same thing that many other European counties are doing…by inviting refugees of the Islamic holocausts that are going on in the Middle East and Africa.

For the record here, I’m not really discriminating between allowing Christians, Jews, Muslims, etc. in because they are all trouble. It’s a lot like the 300,000 anchor babies born in America each year that then require the taxpayers to cover maternity costs, ongoing healthcare, education, and naturally the parents go on welfare, food stamps, and when dad runs off, AFDC, etc.

Germany is doing this at the same time that Norway has just thrown them out. The Norwegians invited a number of refugees into the country, and then found that the bulk of them ended up plotting to blow things up and create havoc as they created their own caliphate. The vetting process for allowing refugees into a country permanently is painfully complicated. Of course, liberal nations just let them in, put them on welfare and feed them forever. Uber liberal Norway learned its hard lesson but it’s more difficult in Germany, which is something like 30% Turkish after years of liberal immigration policies. The locals don’t seem to want to tolerate it anymore.

(The Independent) Up to 1,000 protesters have clashed with police in eastern Germany in riots reportedly sparked by the arrival of 250 migrants.

Police said protesters shouting “foreigners out” and carrying banners against the “asylum flood” threw bottles and stones at busloads of asylum seekers arriving in Heidenau, near Dresden.

At least 31 officers were hurt in violent scuffles as police used tear gas to disperse crowds.

Peaceful demonstrations began after news spread that the town was welcoming a large number of refugees who are set to be housed in an empty building.