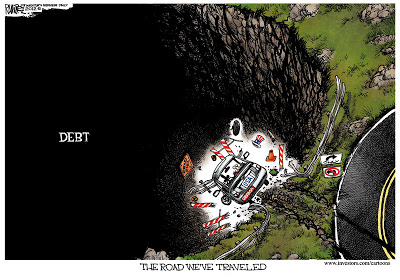 Facebook
Twitter
Pinterest
WhatsApp
2012 is a national election year in the US (as if you didn’t know) and Romney’s win in the GOP Primary in Illinois essentially clinches his chances for being the Republican Party’s nominee for President of the United States. If you’ll reflect back on my earlier posts, I honestly felt that if Rick Perry didn’t have feet of clay, he stood a good chance – sadly, he had feet of clay. Absent that, Romney seemed to be the more clear choice for Republican Candidate.
For Romney, the Illinois win puts him in the position to start considering his short list for Vice President very carefully. If I was Mitt Romney, and I’m clearly not, I’d consider Allen West (R-FL) for the VP job because besides the fact that West was born of African heritage and some people like to vote based on race, he’s got the very solid conservative credentials, Tea Party Affiliation, military record, etc. that Romney lacks.
Neither Romney or West were career politicians the way Obama/Biden have been and I don’t know if the voters care.
Some Republicans complain that Romney is out-spending the other candidates out of his own pocket. (complain? = it’s his pocket) How much will Obama and Biden be spending out of the public trough to by ENTITLEMENT VOTES from your pocket?  Please take a moment to reflect on that before you comment below.
There will be ‘conservative’ angst over a Romney win, there are the Mormon haters out there, etc. but once those who had other favorites get over themselves, I think that it will settle down to a vote over OBAMA. Do you want him as the national leader — and leader of the Free World for another four years.

(IBD) Mitt Romney said Monday that he fails to “see how a young American can vote” for a Democrat. He may have something there. Coming generations will be doomed by the progressive policies of today.

For now, we bloggers need to suggest the correct Vice Presidential pick for Nominee Romney and let’s move forward toward a victory over Obama in November 2012.