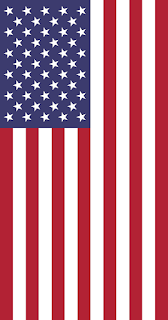 Facebook
Twitter
Pinterest
WhatsApp
Who rules the United States of America? The many or the few? The people or the oligarchs? Our Constitution says: the people are sovereign, and their rule is mediated through representative institutions, limited by written Constitutional norms (a republic).
But that’s not how it works. And I’m not speaking of newly released e-mails with details of Colin Powell’s orgies at the Bohemian Grove, though there is that.  A thin veneer of respectability overlays the reality of how things work. United States is ruled by a transnational managerial class, which operates in conjunction with the administrative state. To the extent that the two major political parties are adversarial at the national level, it is merely to determine who runs the administrative state for four years. There are major financial perks when you’re in charge: nobody looks into your dirty dealing.  However when you’re an insider, whether there is a D or an R after your name, you are taken care of. Who knows which party will be in charge next? Everyone wants a safety net and election once means a cushy job for life, substantial power and a lot of money.  So you get along in private even though there is a public rancor between the parties. You don’t get donations if there is no rancor and if the donors (referred to as “clowns”, “mooches” and “chumps” in DNC e-mail) don’t think that they are throwing money at candidates to get what they want.

Challenging the administrative state is akin to declaring that you are a witch in need of burning. The bonfires are fed by the mainstream media. The Democrats are united on this point. The Republicans are at least nominally divided. But those nominally opposed (to the extent that they even understand the problem, which is: not many) are unwilling or unable to actually doanything about it. Are challenges to the administrative state allowed only if they are guaranteed to be ineffectual? If so, the current conservative movement is tailor-made for the task. Meanwhile, the much stronger Ryan wing of the Party actively abets the administrative state and works to further the managerial class agenda.
Trump is the first candidate since Reagan to threaten this arrangement. The administrative state  cautions voters that experts must rule because various advances have made governing too complicated for public deliberation, and besides, the unwise people (the same ones who cling to God and guns) often lack knowledge of their own best interests even on rudimentary matters. When the people want something that they shouldn’t want or mustn’t have, the administrative state prevents it, no matter what the people vote for. When the people don’t want something that the administrative state sees as salutary or necessary, it is simply imposed by fiat. Don’t want more immigration? Too bad, we know what’s best. Think bathrooms should be reserved for the two biological sexes? Too bad, we rule. And so forth ad infinitum.
Trump is mounting the first serious national-political defense of the Constitution in a generation. He may not see himself in those terms. I believe he sees himself as a straightforward patriot who just wants to do what is best for his country and its people. Whatever the case, he is asserting the right of the sovereign people to make their government do what they want it to do, and not do things they don’t want it to do. He braces from headlong attacks of determined opposition from a managerial class and administrative state that want to perpetuate their own rule. This is why the anti-Trump movement has so many Republican bureaucrats and people who benefit financially from the current arrangement, in their ranks.
Trump is not a conservative. He’s a populist. He won the Republican nomination on a populist approach and his expansion of certain entitlements is not conservative, but you may not be able to win the presidency anymore without promising free cheese, bread and circus. Trump understands bread and circus even better than Hillary Clinton does.
The rise of Donald J. Trump is one of the most unusual things to happen in American politics in a hundred years (or more).  He directly challenges the two-wing megaparty who run the nation and have developed a substantial power base, because no matter who wins an election, it’s “their person”. The current American administrative state where there are as many government workers as private sector workers is not operated as a conspiracy so much as it is simply a massive, moribund bureaucracy.

The American Administrative State is multinational. Trump is a nationalist, only interested in making America great. That very notion flies in the face of both Republicans and Democrats who have looted the nation eight ways from Sunday through shady deals that offer vast kickbacks. Trump is a billionaire and really doesn’t care. Additionally he’s been robbed by politicians for years and knows the pay-to-play game and has vowed to end it. If that doesn’t cause acid reflux in the ranks of the political elite of both parties, nothing will.

And who knows what a Trump Justice Department armed with a mandate to investigate corruption will find? 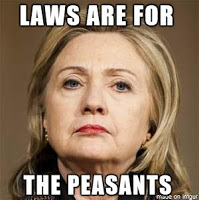