The Sunset of the Obama Regime 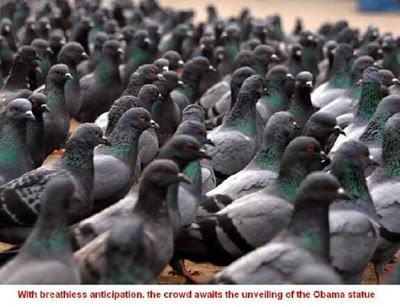 I keep telling myself that Obama, traitor to some, bumbling bureaucrat to others, dedicated utopian socialist, closet Muslim, Kenyan patriot, Chicago thug must have brought something good to Washington DC. Then I reflect and the only thing I can say is, “no, not so much.”
He’s been a divisive force in America, who promised the world and delivered malaise and dragged the US into a financial hole with massive (mostly worthless) government spending that will take us over a decade to repair. His wife, the bitter harpy, can only feel fulfilled if she’s jet-setting around the globe with an entourage of hundreds at public expense because she feels as if the White House is a prison.
The good things that happened during the Obama regime would have happened anyway because of good and honorable public servants. The scandals are all the result of his wicked political machinations. Despite mainstream media attempts to divert attention from them and buoy up their sponsor, Obama has proved himself to be a cur. And the nations of the world know it, even if many Americans fail to see it.