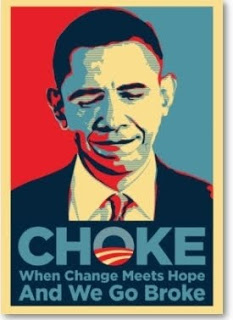 Facebook
Twitter
Pinterest
WhatsApp
As I sat down to write a bit on Obama’s proposed concession on ObamaCare, I looked through the blogs and came across this one (LINK) by Andrew Price. Since He wrote what I proposed to write, I can’t help but throw a H/T his way and recommend that you read what he wrote as well.
As the House of Representatives move forward today to de-fund and de-fang ObamaCare this morning, it’s extremely interesting to see what Obama himself is doing. Here is his statement:

“I’m willing and eager to work with both Democrats and Republicans to improve the Affordable Care Act. But we can’t go backwards. Americans deserve the freedom and security of knowing that insurance companies can’t deny, cap, or drop their coverage when they need it most, while taking meaningful steps to curb runaway health care costs.”

As Obama and the House Republicans begin to decide the fate of ObamaCare, and as Andrew Price noted, Obama sets out his demands for the finished revamp of his unpopular national healthcare plan in the statement above. This legislation is the crown jewel in his presidency and he doesn’t want it to be officially repealed, so the name must remain the same so he can claim victory. And though he hasn’t said that he’ll veto this new version of healthcare reform if there is tort reform, he didn’t say that he would. That is a major slap at the trial attorney associations who pushed a fortune his way for his campaign. The matters he is “concerned” with keeping include pre-existing conditions, lifetime dollar caps, prohibiting dropping coverage and cost cutting. He didn’t mention portability, but the Republicans will.
Essentially Obama said that the original Republican proposal for healthcare reform is good enough for him if you keep the “ObamaCare” label on it.
Gone is the public option/government policy/single payer, unconstitutional demand that everyone purchase insurance, massive government subsidies and all of the other pork in the 2000 page ObamaCare Bill that was rammed down the throats of the American people. 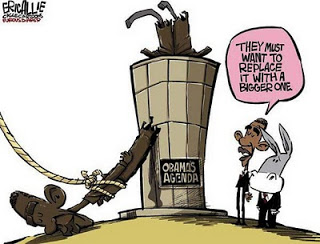 The public opposes ObamaCare and Obama knows it. Because it’s his crown jewel, he doesn’t want to see the Republicans defund it and repeal THE NAME OF THE BILL.
We always needed healthcare reform. I was a proponent of basically what the president has set as his opening bid THIS TIME. He is telling us that he’ll back Republican legislation that gives the American people what they wanted and needed if they give him credit for the purposes of his legacy.